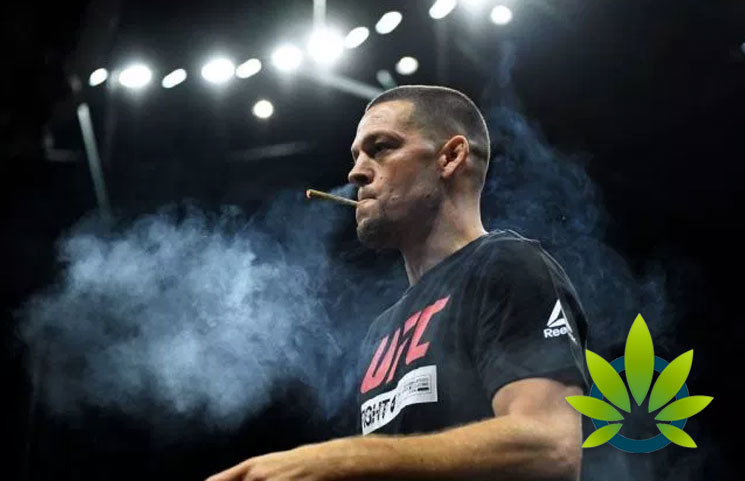 While some were left questioning and concerned, Nate Diaz claims that he was smoking USADA approved CBD oil. Twitter was blowing up as MMA fans tried to figure out what he was doing. Even UFC president, Dana White, was left wondering what Diaz was up to. It turns out that he was using his own personal brand of CBD, not marijuana. Nate and his older brother Nick are strong advocates of cannabis.

His brother has tested positive for marijuana after fights, but Nate has only been found to smoke CBD after his UFC 202 loss to Conor McGregor. That did violate the USADA rule, but he was not punished. After that issue, the USADA removed CBD from their banned substances list. Similarly, in this case, Diaz was again indulging in CBD during open workouts. The “joint” was passed through the crowd and as the confusion was cleared up, fans and officials were able to breathe a sigh of relief. The concern was that his first fight in three years would be cancelled.

Turns out the joint only contained CBD which was from his own line called Game Up Nutrition. This has certainly caught the attention of fans and onlookers alike and will likely boost popularity in both the fight as well as his brand.