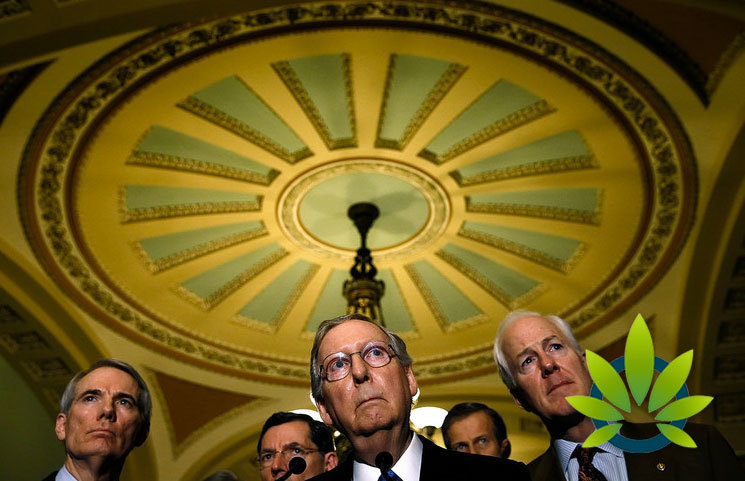 In a recent newsletter, the Senator of Kentucky, Mitch McConnell expressed pleasure in the extent in which the state of Kentucky presents itself within the industrial hemp sector. Given the quality of hemp produced by Kentucky farmers worldwide and its demand, McConnell expects at least sales worth $100 million by year-end alone.

He further shared a number of endeavors he’s been part of ever since he first established the 2014 farm bill and 2018’s bill requesting hemp to be fully legalized. Some of the work he’s done includes inviting the U.S. Secretary of Agriculture, Sonny Perdue to see Kentucky’s work in action, followed by joining forces with Commissioner Quarles to display the potential hemp has among several!

He even visited Lexington’s UK College of Agriculture’s research and teaching farm, where a lot of work has been done to better understand the endless possibilities of hemp uses and how to better educate Kentucky farmers from the knowledge acquired.

A common concern that supposedly came across his desk is in regard to the lack of financial services provided to said farmers. According to the Senator, “Several large financial institutions are refusing to recognize hemp’s legality and making it harder for retailers to reach customers and grow their operations.”

Nonetheless, McConnell has discussed and informed many players to reconsider such harshness. Based on his newsletter, he got President Trump to sign into his law to ensure that, “USDA offers coverage for hemp through whole farm revenue policies next growing season.”

Bearing all this in mind, the Senator stressed the measures he is willing to take to be by Kentucky farmers’ side along this journey, further underlining that:

“Whatever obstacles Kentucky hemp farmers, processors and manufacturers might encounter as they try to take full advantage of this hemp revolution, I’ll be there to help in any way I can.”