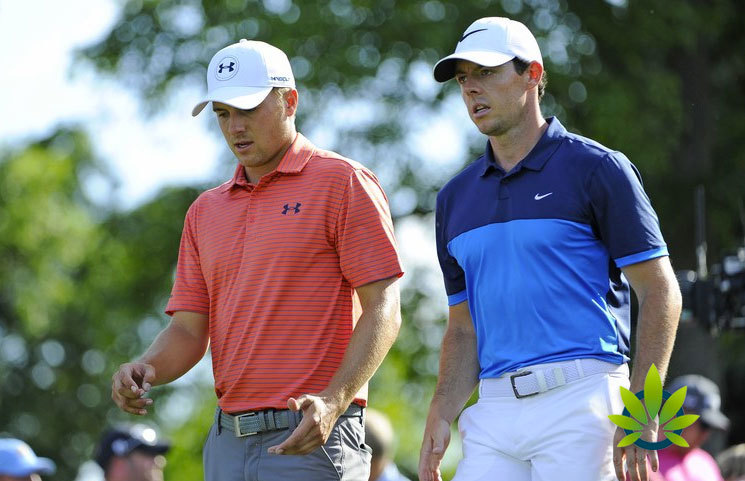 The use of CBD is a difficult topic in the world of professional sports, even though the PGA Tour is one of the more lenient leagues. Despite their policies, Jordan Spieth recently expressed that the lack of regulations could cause players to fail the drug tests that they need to pass to stay in competition. Spieth acknowledges the positive effects that the substance can have on the aches and pains that come with professional golf but is it worth the risk.

Rory McIlroy, a fellow number one player in golf, is on the same page, acknowledging the risk that hemp and CBD products could contain low levels of THC, which is banned. Spieth, while at the Zozo Championship in Japan, said,

“That stuff’s been kind of known to really help with what we do, you know, shins and feet and that kind of stuff and … helping to recover.” He added, “Hemp’s not banned, but THC is, so it’s kind of a fine line there. It’s so early on where some of it has THC levels and some of it doesn’t.”

The remarks from Spieth come around the same time that the 12-week ban of PGA Tour winner Matt Every was announced, following a positive marijuana test. Every stated that marijuana is part of his medical regimen, which he received a legal prescription for in Florida. However, the regulations of the PGA Tour clearly rule against it, which means that it doesn’t matter if his state has legalized his use.

Commissioner Jay Monahan commented this week that the tour would follow the guidelines of the World Anti-Doping Agency (WADA) guidelines. Drug testing was first implemented by the tour in 2008 as it progressed towards becoming a potential Olympic sport.

Both hemp oils and CBD itself are legal, even though they are extracted from plants that are related to marijuana. In the last few years, these substances have gained more and more popularity in professional golf, even if there is a chance of THC being found inside. McIlroy, however, isn’t willing to take the chance, stating that he is “very aware” of the banned substances.

“I’m very careful what I put into my body. I even wouldn’t be comfortable taking CBD oil. I would be too paranoid that there would be THC in it and then that could lead to a positive test. I am the most conservative on everything. I try not to take anything in terms of pills to help in any way. I’m even scared to take painkillers sometimes, like Advil.”

For Monahan, he states that the league has been clear about the way that CBD products may be misleading, since the industry isn’t regulated yet. However, he reiterated that his sector of the pro sports industry isn’t the determining factor on what is considered a banned substance, relying on WADA to make that determination.

Members of Canadian CARP to Get Cannabis Discounts and Medical Information