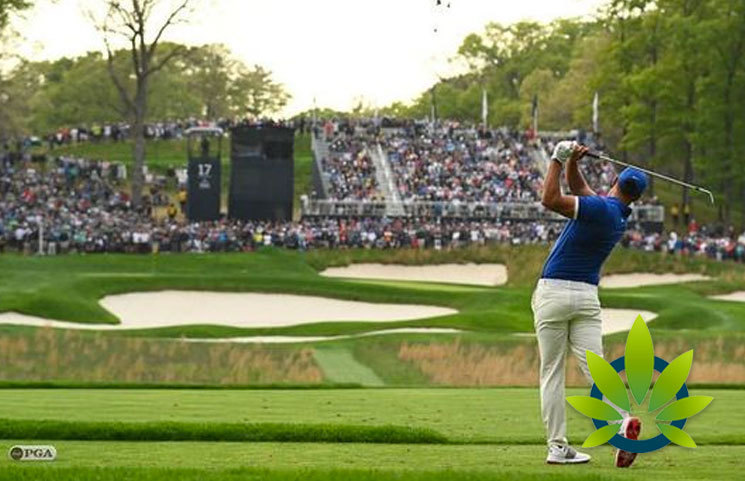 Cannabidiol, or CBD, is known for its positive effect on the body, inducing better sleep, reducing inflammation, and even reducing anxiety. While the sports industry as a whole is seeking to amend policies regarding the use of CBD, it looks like this therapeutic substance has already made its way into professional golf. In an article on Golf.com, rumors are already circulating that Phil Mickelson was using CBD oil on this year’s Masters telecast after using a pipette to squirt a liquid into his mouth. In fact, this action was so widely noticed that a YouTube video has gone viral, leading some people to suggest that the vial is filled with CBD.

There have already been several pros to come out with endorsement deals from CBD manufacturers, including Bubba Watson, Scott McCarron, Brandt Jobe, Charley Hoffman, and Morgan Hoffmann. This natural supplement is already connected to many benefits, though manufacturers have to be careful to not advertise any claims that the FDA hasn’t vetted. Tour players have already tried CBD in an effort to give themselves a competitive edge, even if the edge is simply less painful joints.

Hoffmann was diagnosed with muscular dystrophy in 2016, and engaged in herbal therapy for four months last year, leading Medterra CBD to contact him to promote their products as well. For the last six months, he has admittedly been using these products himself, saying,

“I haven’t had any injuries, my body feels good, and my brain is clear. I’m more stable and calm on the course.”

CBD was removed from the list of banned substances of the World Anti-Doping Agency in January. However, the PGA Tour is apprehensive about doing the same, since the Tour stated four months ago that there are still some CBD products that contain trace amounts of THC that could appear in a drug test. Prior to using CBD, Hoffmann says that he alerted the Tour, which told him that he needed to “be careful about the source of the product,” since any THC showing up in a drug test would fall back on him.

The FDA recently raised concerns over dosage levels in a hearing in May, as well as the effects of long-term use, the way CBD interacts with other substances, and the claims of how CBD can treat certain illnesses. The CBD industry doesn’t appear to be concerned at all with these qualms, welcoming oversight by the FDA that could show the safety and legitimacy of the market. Caryn Dunayer, the president of cbdMD, commented,

“It will do nothing but help the industry by forcing the use of best practices.”

The federal government will likely continue to deliberate, but that isn’t stopping the booming CBD market from succeeding. Major retailers like Worldwide Golf Shops have even gotten involved, partnering with Medterra. McCarron’s sponsor, Functional Remedies, has already secured relationships that have placed its products in pro shops.

One of the advisors from Boomer Natural Wellness, Dr. Larry McCleary, stated that the medical community appears to be “all over the map,” but the industry is slowly being accepted. He added that the doctors who are willing to bring CBD as an option to their patients have been primarily impressed with the lack of toxic ingredients and the patient benefits.

Dunayer credits the 2018 Agriculture Improvement Act with much of the growth of the market, as it removed hemp from the Controlled Substances Act. Now that growing hemp is federally legal, Medterra CEO Jay Hartenbach commented that farmers are already increasing hemp production. This increase could make CBD less expensive, even though they presently are more costly than over-the-counter medications. Hartenbach added,

“We’re getting legitimacy for a relatively new industry.”

CBD activates certain receptors in the endocannabinoid system, which regulates many aspects of the body. Its ultimate purpose is to promote balance and stability in the body via homeostasis. The system contains CB1 receptors for the nervous system and CB2 for the immune system, and CBD is believed to increase cannabinoid activity in the body.