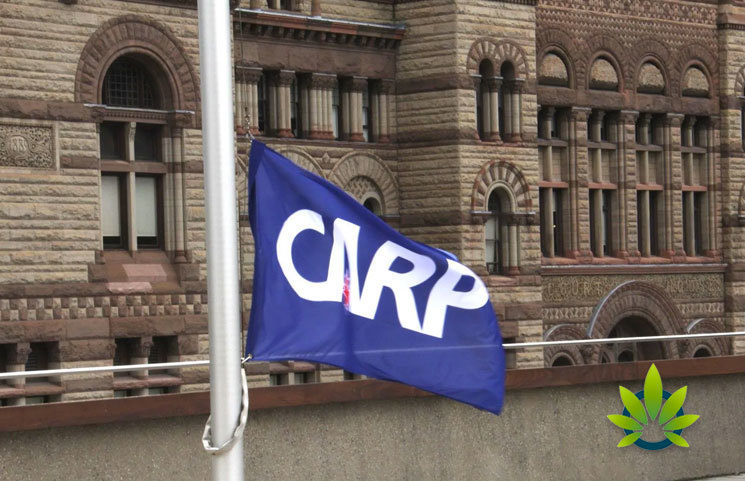 Medical cannabis use is gaining popularity in Canada, just like in the United States. The Canadian Association of Retired Persons (CARP) has launched a multi-faceted and Long-running advocacy approach in the legal, medical cannabis industry. CARP has a discount program with the leading marijuana LP in the country aimed at helping its members access and understand cannabis-extracted medicine.

Moses Znaimer, the president of CARP, compared CARP to AARP, which is a similar organization in the United States and helps the older adults access health insurance after retirement. Znaimer noted that Canada had socialized medicine for a long time, which is a significant difference.

“We have been polling our members from time to time, and we are certain that they are comfortable with cannabis treatment. We have partnered with Canopy Growth, a cannabis producer so that our members can benefit from strains of medical marijuana by giving a 20% off discount,” said Znaimer.

With CARP, even the older adults who want to play by the rules and be on the safe side of the law will have a chance to get Cannabis treatment.

“They come seeking advice from organizations like CARP, where they are sure to find reliable information in different forms. CARP is working with ZoomerMedia to keep this target market informed. Zoomer magazine has over two million readers.”

ZoomerMedia has a program on cannabis called ONE: GET FIT. The channel initially focused on healthy living, yoga, cooking, and meditation. This channel is now turning into a cannabis information program.

“Due to the ambiguous legislation around cannabis that are erratic to apply and the disorganization of the local government, we are treading carefully and softly. We are a bit hesitant, but CARP is fully engaged in explanation of how this should work,” said Znaimer.

Medical cannabis will help older adults improve their health and well being. It will also relieve them from too many conventional drugs. Cannabis treatments are a more natural herbal treatment option. It has been documented to be less harmless compared to conventional drugs. There has been an increase in cannabis use and a decrease in the use of opioids among the Canadian Armed Forces with PTSD.