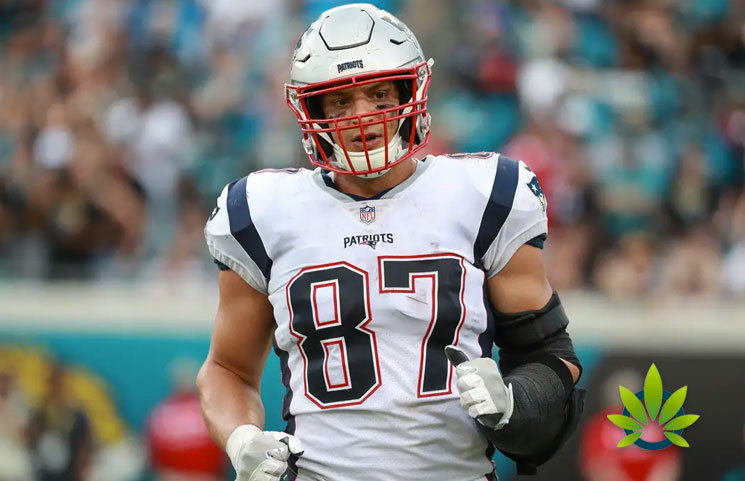 Rob Gronkowski has been rumored to be returning to the NFL, and there’s already been a lot of statements made by Gronkowski himself on the matter. Now, according to a recent article with NBC Sports, the 2019 season deadline is approaching, leaving little time for this rumor to come true. However, the 2020 season could be a little more likely, if the NFL chooses to make a change to their controlled substances list.

Gronkowski spoke with Stefan Geller of the Boston Herald, stating that the approval for CBD to be used by NFL players may be what he needs to come back. During a press conference, he stated,

“I don’t want to be banned from playing the sport I love because I’m using a product that anyone can buy right off the shelf at their local pharmacy. I’m not really sure why it’s banned.”

CBD remains on the list of banned substances right now, since the NFL won’t be making any changes without approval from the union. Still, considering his massive popularity, Gronkowski has likely given the NFL something to think about in the meantime, expressing interest in getting involved again. However, since he uses CBD, he would be instantly banned for this substance, and he can’t go without the pain relief it offers. He commented,

“I’m not saying you put this on and you’re going to be healed, that it’s a miracle. But you can apply this, and it’ll help manage pain, and then you can get treatment and it’ll be a lot less stressful to the body.”

Right now, Gronkowski is partnered with a CBD company, advocating for its use in exchange for payment. This decision has been well-publicized, and the rules of the NFL actually make CBD relatively easy to use, even with football season. As long as a player tests clean from late April to early August, which is the testing window while off-season, then the player is free to use the substance while training, during the pre-season, post-season, and regular season.

As promising as this implied notion may seem, the NFL hardly has the restrictive rules that Gronkowski is claiming. If he doesn’t test positive in an annual off season test, he would still be able to return, which means that the decision is up to him.

Members of Canadian CARP to Get Cannabis Discounts and Medical Information