Rob Gronkowski: Athletes Can Use CBD in the NFL Without Failing Drug Test
Advertisement 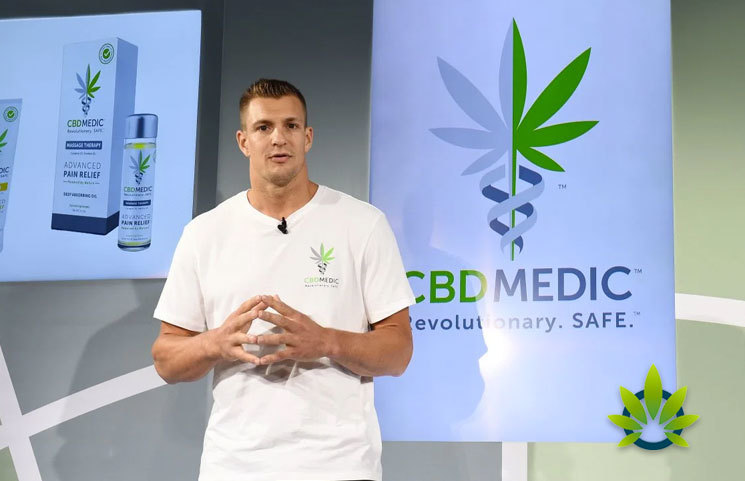 Rob Gronkowski has been vocal about his support for CBD in the sports industry and in general. A recent article by Mass Live recently reported about the possibility of Gronkowski re-entering the NFL, following his promotion of the partnership with Gillette Stadium, Patriot Place, and CBD Medic.

Teasing about this possibility, Gronkowski stated, “I’m using CBD Medic products for my recover he said in his opening statement. I don’t want to be banned from playing the sport I love because I’m using a product I can buy, or anyone can buy at a pharmacy right off the shelf. I want to have the option to get back into the game. If I’m banned next year, I can’t. You all want to see me out there. You know you do.”

The comments were referred to again during a Q&A session, though Gronkowski expressed that he is happy with the choices he’s made. He was asked if a release on the ban for cannabis products would be motivation enough for him to return, but he stated that it would be difficult to promote CBD and cannabis while being an NFL player. Reminding the public that this type of ban doesn’t actually prevent CBD use, he stated,

The NFL presently has a ban against cannabis products, which means that it isn’t possible to post signs inside the stadium. However, that didn’t stop CBD Medic from purchasing a billboard right outside the stadium with Gronkowski’s image, the company logo, and their slogan, posted to the water tower near the stadium.

Right now, the NFL is still working on potential alternative medications for athletes, though Antelman believes that the use of CBD products is inevitable. He stated, “This is up to the NFL. I know they are working and studying alternative medications to help the athletes. Whether it’s six months, nine months, 12 months or 18 months. We hope we’ll be one of the first to be inside the stadium.”

With the new exposure to the public, more people will learn about the use of CBD and that its origins come from hemp directly, rather than marijuana that gets consumers “high.” The FDA has yet to approve any product with CBD, apart from the Epidiolex medication for epilepsy. However, most of the concerns regarding these types of products has to do with edible remedies, rather than the topical options that CBD Medic offers.