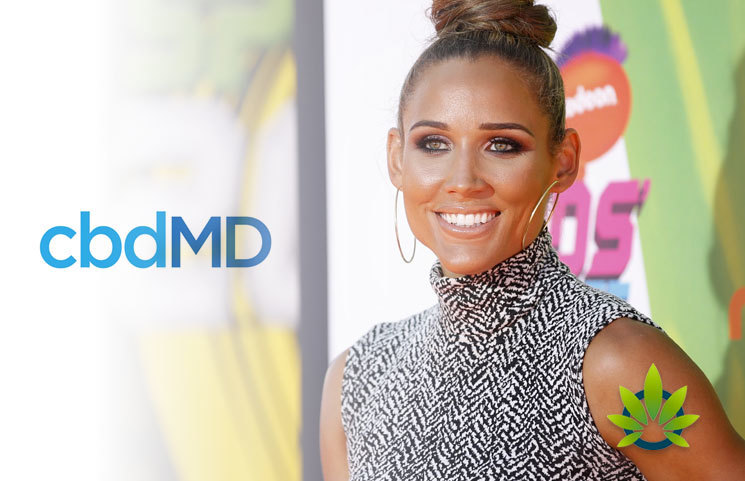 The CBD industry is thriving this year, following the legalization of hemp via the 2018 Farm Bill. In an effort to show support, many celebrities have partnered with different brands to advocate for the market, and one of the latest additions is Lolo Jones. According to Yahoo! Finance, Jones has partnered with cbdMD, a highly popular cannabis company.

Jones, an Olympic hurdler, recognizes that there’s a lot of skepticism in the market over CBD products, as the host of this segment expresses that there’s still confusion over exactly what CBD is. She comments that she would likely have the same perspective as a consumer, due to the flooding of information coming out about these products nowadays.

Previously, CBD was one of the banned substances in the professional sports industry, but the last few years have changed that. Jones expressed that the athletes that want to use this product are left to find honest products on their own, which can be a struggle with the lack of regulation of the market still.

Explaining her decision to partner with cbdMD, Jones commented:

“I know that, with them, I’m not gonna fail a drug test with THC. I’m not worried about that when I’m competing, so, for me, that’s essential.” She continues, discussing the benefits that CBD can offer, which includes inflammation and pain relief. While she has tried out other products, she feels comfortable with her decision in cbdMD, as it offers many health benefits as well.

Jones highlights the broad range of cbdMD products, like sleeping aids and relaxation remedies. For her, a crash she sustained in during her career left her with painful whiplash, which she is able to soothe with one of cbdMD’s topical formulas that is made for muscle pain. While there is still some stigma over the use of CBD, having previously been banned as a controlled substance for doping, Jones reminds the interviewer that the industry used to have a ban against caffeine as well. Now, the industry has made it possible to have caffeine-infused pre-workouts, and the environment is constantly evolving.

While the experience of an Olympic athlete would clearly need as much soothing for recovery and muscle repair as possible, Jones still believes the products are helpful in every day life. She says that consumers should consider their needs to find the right products. “Focus on what your health goal is, and then you can pick the product that specifically will fit that need,” Jones recommends.

Other athletes that have partnered with cbdMD include Steve Smith Jr., Ice Cube (with BIG3), and Bubba Watson.

Pastors Preach the Healing Power of CBD, Making Its Way into Christian Consumerism