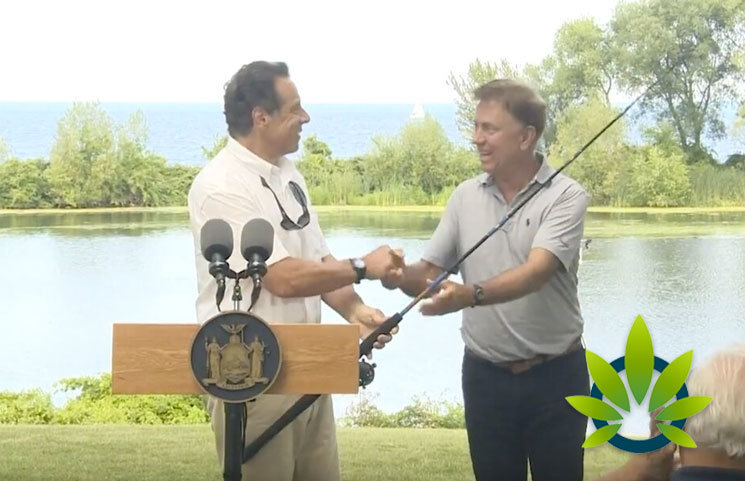 According to a recent report by the Associated Press, Governor Cuomo of New York, and Governor Lamont of Connecticut recently discussed marijuana legislation while on a fishing trip for steelhead trout on Lake Ontario.

Governor Cuomo shared in a press conference following the trip,

Marijuana legalization has been an ongoing effort by Governor Cuomno. He recently signed a bill that further decriminalizes marijuana in New York by reducing the penalty for illegal possession to a penalty punishable by fine. The bill will take effect 30 days after it becomes a law.

Cuomo stated, “Communities of color have been disproportionately impacted by laws governing marijuana for far too long, and today we are ending this injustice once and for all.” He continued, “By providing individuals who have suffered the consequences of an unfair marijuana conviction with a path to have their records expunged and by reducing draconian penalties we are taking a critical step forward in addressing a broken and discriminatory criminal justice process.”

Likewise, Governor Lamont has also voiced support for marijuana legalization and that the state’s voters should decide on legalization if legislators cannot agree on the matter.

He shared with two reporters at the Connecticut capitol,

“It’s a good idea if they can’t figure out how to do it in this building.” He continued, “Illinois could do it through legislation. People realized – do you want this stuff being done by the black market or do you want it done on a regulated basis? I think it’s much safer to do marijuana on a regulated, public basis. But if I can’t get it done in this building, then we’ll take it to the voters and let them decide.” He also stated, “Right now, we have a stream of cars going to Massachusetts. Rhode Island is going to be legalizing it. Illinois just legalized it. We’ve got to figure out where we want to stand on this issue and do it on a safe, regulated basis.”

New York legislation on marijuana is pending and has not been approved. Further, marijuana remains illegal under federal law and is classified as a Schedule I substance.