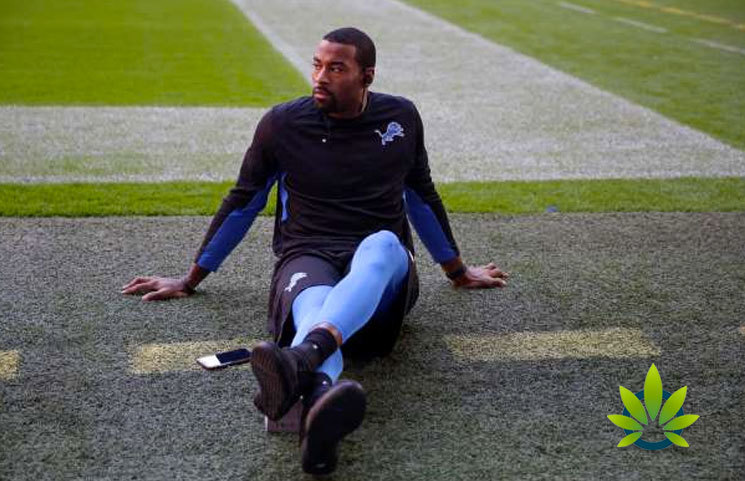 Former NFL wide receiver and a key player within the medical marijuana industry, Calvin Johnson has supposedly funded a Harvard University study that would look at treating Chronic Traumatic Encephalopathy (CTE) using cannabis reports Green Entrepreneur. This is a widely discussed brain disease among football players, as a 2017 study found that nearly 99% of former football players were diagnosed with it.

The Concussion Legacy Foundation defines CTE as a “degenerative brain disease [where] a protein called Tau forms clumps that slowly spread throughout the brain killing brain cells.” While dominantly experienced by football players, military veterans and just about anyone with brain trauma can become a victim as well.

The consequences are quite severe, which makes studying any treatment vital. In particular, anyone with CTE may have impulse control problems, depression, prone to agitation among other related symptoms.

Johnson, who also owns his respective medical marijuana company, Primitive, shared with ESPN that he trusts his firm, “can be in a position to develop a treatment for CTE,” adding that he has come across the suggested use of CBD and how that it could potentially be used as a treatment in the future. If the latter holds, he believes that CBD can be something that his firm can bring to the market as well. Just like NBA player Paul Pierce who recently shared how he uses CBD for PTSD and depression, or the big news of Rob Gronkowski, there seems to be a mega trend evolving amongst professional athletes and cannabis/CBD.

To Johnson, it is all about helping others, especially with everything he’s seen in his career as a football player. He added, “If we can help this facet of people suffering from CTE or other cognitive disease, that’s the real goal here.”

CBD as an Alternative Steroid: Is Cannabidiol a Viable Option to Use?