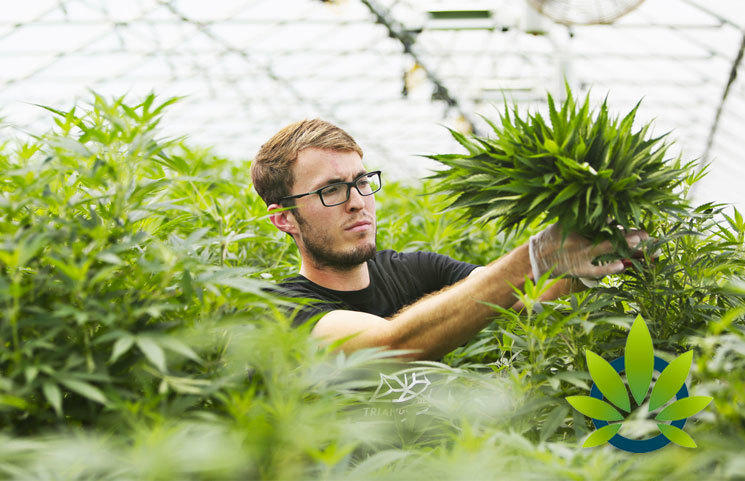 The legalization of hemp cultivation through the Farm Bill of 2018 opened the door for many farmers to take on a new and highly lucrative crop. Vote Hemp, an advocacy group for the crop, recently released a report on this crop, stating that the amount of land that US farmers can grow hemp expanded by four times what it was before this year.

The 2014 Farm Bill allowed farmers to grow crops for the purpose of limited hemp research programs. However, in the new version, hemp is legal to grow, cultivate, sell, and possess, as long as the state rules are followed. Presently, there are 511,442 acres of hemp land that has been licensed for growth, which is substantial, considering that there were only 9,770 acres available in 2016.

According to reports from Forbes, Vote Hemp stated that the amount of hemp grown on this land is often substantially lower than what is allowed. As a result, the group will update their figures as the year goes on to show how much hemp is actually grown, though it is predicting approximately 230,000 acres will be planted this year, with about half of those crops being harvested.

In 13 states, new legalization laws for hemp were added this year, due to its removal from the federal Controlled Substances Act. At this point, the only states that have not joined in are Idaho, Mississippi, New Hampshire, and South Dakota.

“We are seeing hemp cultivation dramatically expand in the U.S. in 2019, with over quadruple the number of acres licensed in hemp compared to last year and the addition of 13 more states with hemp programs.”

He added that the lifting of the prohibition of hemp at the federal level allows creates an opportunity for the market to introduce more hemp products.

This year, farmers and researchers secured 16,877 state licenses, which is a 476% increase since last year. There was also a 483% jump in the licenses for processing hemp as well. 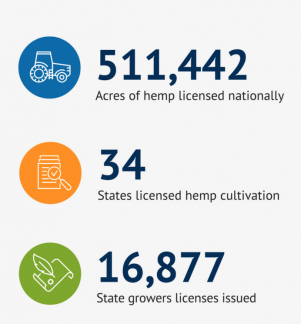 The official hemp legalization regulations are expected to be released by the US Department of Agriculture soon, which will allow federal regulators to approve state-level hemp proposals for growing hemp. Last week, this department stated that the growers of hemp will be afforded federal crop insurance like other regulated and permissible crops. Adding to these announcements, the Federal Credit Union Administration stated that hemp businesses can now be served by credit unions, though it appears that this decision is at the discretion of the financial institution.

The Environmental Protection Agency announced a month ago that they were examining the regulations on the pesticides allowed to be used by farmers of hemp crops. The Food and Drug Administration is also discussing policies that would allow CBD to be used in food products and nutritional supplements.

Nevada Magnificently Makes $100 Million in Cannabis Tax Revenue in 2019, Over $60 Million in Sales