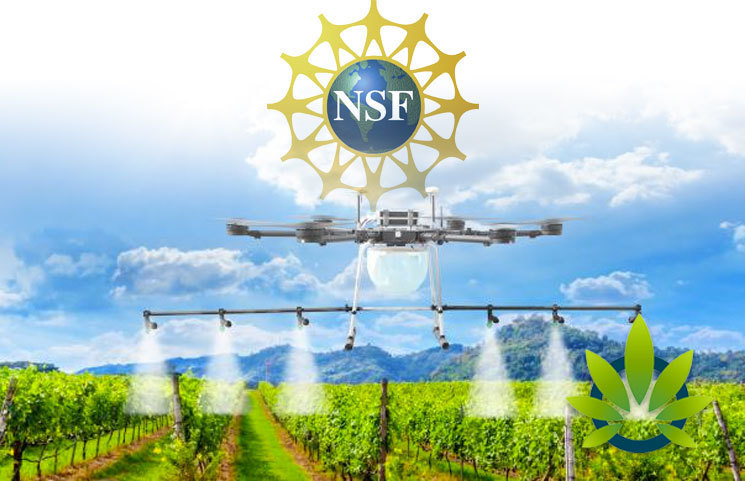 As cannabis laws evolve, it is becoming more and more necessary for the marijuana crops used in these products to have certain protections. The National Science Foundation recently decided to contribute to these efforts, announcing a grant worth $250,000, which will fund the creation of technology to eliminate dangerous pesticides. Though this pesticide removal will be involved with multiple crops, Brooklyn Bioscience plans to focus on marijuana as well.

The work of Brooklyn Bioscience predominantly has to do with the development of an enzyme, that can break down pesticides called organophosphates (OPs).

In a press release from New York University, one of the Brooklyn Biosciences principals explained,

“The product is of particular interest to cannabis farmers, because OPs, when vaporized and inhaled, are exponentially more toxic than when ingested by mouth. [I]n states such as California and Colorado, which are introducing strict regulations governing the cultivation of cannabis, a much lower level of OPs is allowed than that considered acceptable in fruits and vegetables.”

OPs typically help with the yield of a crop, but it is difficult to wash it away. This enzyme would help to break down these OPs, ensuring that they can be broken down with water. Kim Montclare of Brooklyn Bioscience added that the pesticides of the market amount to $17 billion, and the sale of OPs account for over 10%.

“Given the importance of sustainability and environmental health, it’s more vital than ever to develop biologically-based solutions for crop protection, and with the support available at NYU Tandon, Brooklyn Bioscience is making great strides.”

The use of OPs apparently is linked to marijuana as well, as the recent NYU press release directly states that this work could be used to “pave the way for pesticide-free cannabis,” along with other crops that are considered to be “high value.” Considering that there’s no federal guidelines on what pesticides are permissible to use on cannabis crops yet, having a way to reduce OPs in it is helpful.

Last month, the EPA stated that they were reviewing applications for a pesticide that could be safely used in hemp, now that the crop is federally legal. However, cannabis is not afforded the same benefit, as it is not regulated or legalized at the federal level yet. The FDA still hasn’t offered guidance as a result of this lack of legal status.