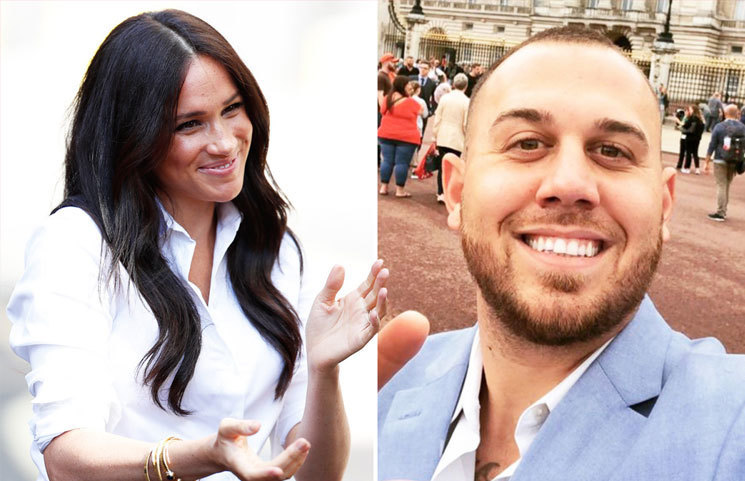 While there has already been a lot of controversy surrounding Duchess of Sussex Meghan Markle, it appears that her family is working to capitalize on her widespread fame. According to reports from The Sun, cannabis farmer Tyler Dooley has established a new business in the cannabis sector, using her name as a basis for his work. Dooley, 26 has already launched a new cannabis strain called Archie Sparkie, using the first name of her son to undoubtedly bring more attention to his company in this “very competitive” industry. Dooley is related to the duchess by way of his father, Thomas Jr., who is her half-brother.

Speaking with Sun Online, Dooley stated that this commercial operation is based in Oregon, but he has plans to take it global and, eventually, that will “most definitely” include the United Kingdom. Clearly intending to act as a tribute to the royal wedding, the new strain features a tagline – “So strong it will blow your crown off.”

The business was originally launched in 2015, when it became legal to grown in the United States, using the name “Markle Sparkle” as the moniker for the first variety he created. He has called himself the “black sheep of the family,” while speaking with The Mail this Sunday, adding that he has already worked hard to make a living. As a result, the business (possibly named Blueline Hemp) has been present in the headlines, and the name Markle Sparkle has already “made me a lot of money in a very competitive business,” he says. The latest strain is being grown in his 1,000-acre ranch in Oregon at the moment.

“The CBD industry is absolutely booming,” Dooley stated, speaking with Sun Online from his Oregon home. He added that this substance is “the hottest commodity in the world,” and that Oregon’s climate is “perfect” for CBD growth, because it can be grown easier and more potent in the state. He commented, “I’m not focusing on the weed, but CBD.”

We have just approached harvest season and we couldn’t be anymore thrilled! Wanted to thank the boys @novumvisuals for making this video for us and the guys at @oregoncbd for the amazing genetics. Our average pre-harvest test reported over 18% CBD and non detectable THC-Delta 9,8. For inquiries, please email us at: bluelinehemp@gmail.com . . . . #cbd #hemp #cbdsales #cbdoil #hempflower #hempfest #cbdflowers #sativa #indica #cbdlife #cbdmovement #hempworx

Dooley explained, “What I’m developing right now is a superior line of CBD oil, which is different from anything else out there. CBD is a very beneficial product, I’ll be hitting the UK market, absolutely.” The current operation that is going on is valued at between $3 million and $5 million, he says, largely due to the continual development of the products through the last few years.