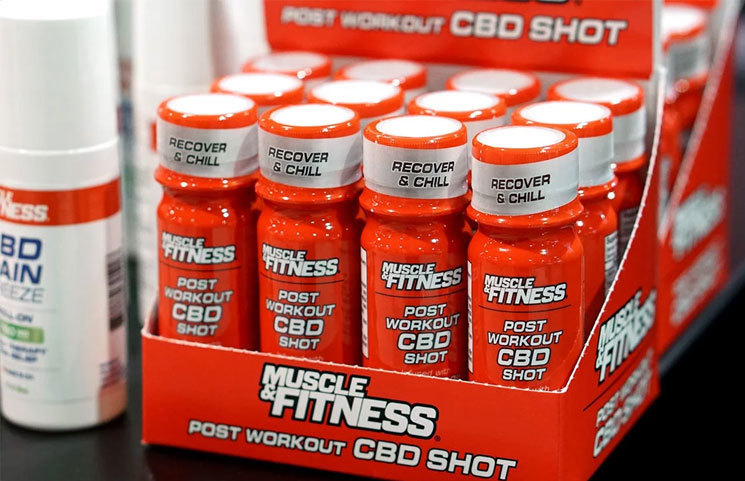 The use of CBD has been linked with pain relief and reducing inflammation through many studies, and the sports industry is slowly gravitating towards its use as an alternative to opioids. Considering how many celebrities are already supportive of the use of CBD, it should come as no surprise that media company Muscle and Fitness is getting involved as well.

At the Mr. Olympia Expo this weekend, which was hosted in Las Vegas, Muscle and Fitness announced that they were bringing in their own line of CBD products, which presently includes four items. Those four items are a topical balm, a drinkable shot, and two separate dropper products. The two tinctures, available in mint and natural, contain 500mg in the 30ml bottle. The balm features 250mg in each jar, though the total amount delivered will depend on how much the user applies. The shot, which features a grape flavor, includes 25mg. According to reports from Stack3d, the balm and the shot are both meant to be used as part of a post-workout routine.

Consumers that want to purchase any of the newly released four items can do so at cbdfitnesslabs.com. While the tinctures are available at $49 each, the balm is priced at $45 and the shot is available for $7.