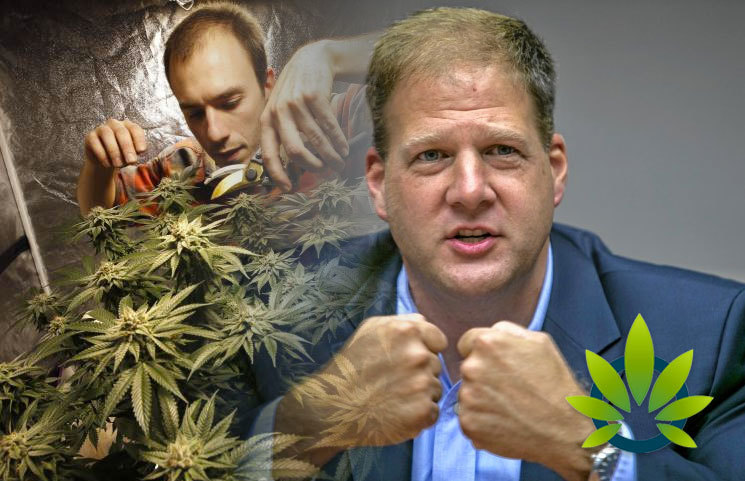 The ability for so many states to have approval to use marijuana for medical use has been a great move against the prohibition of this substance. However, it appears that these patients are finding that they don’t exactly have the freedom to treat themselves as they’d hope to. New Hampshire Governor Sununu announced that he is vetoing a bill that would have allows patients to be responsible for growing their own marijuana plants, according to reports from NHPR.

In his message, he stated that his main concern is that these plants would make it possible to distribute more marijuana into the black market. The people supporting this proposal had a much different train of thought. Instead, the supporters stated that qualified patients would be able to grow up to six plants, as long as they registered with the state. These efforts were made to make marijuana more accessible and less costly to patients.

In the New Hampshire Senate, the bill passed at a 14 to 10 vote, which isn’t surprising with the bipartisan support, especially in the House. The bill was originally sponsored by Sen. John Reagan, R-Deerfield, and Rep. Renny Cushing, D-Hampton. The house vote also was in favor of the bill at 17-4. While being interviewed on Friday, Cushing commented that felony charges over “growing their own medicine” is an injustice.

Sununu ultimately vetoed the bill, saying that there are presently regulations that keep medical marijuana dispensaries responsible. However, if the bill was approved, he believes that it “would bypass those public health and safety guardrails and make the job of law enforcement significantly more difficult. Furthermore, it could serve to undermine the protections we have built within the Alternative Treatment Center system by making those facilities less sustainable.”

In total for this year alone, Sununu has vetoed 43 bills, including this one for home growing. Along with Sununu, the New Hampshire Association of Chiefs of Police was also opposed to the passing of the bill. Speaking on the veto, New England political director for Marijuana Policy Project Matt Simon commented that it was a “heartless decision.”

In a separate statement, Simon added,

“The governor does not seem to understand that many patients are relying on cannabis to stay off opioids but are unable to afford a consistent supply from dispensaries. Patients should absolutely not be considered criminals if they grow a few plants for their own use in the ‘Live Free or Die' state.”

In New Hampshire, there are five dispensaries that are meant for therapeutic cannabis, with 7,000 people enrolled, as well as 450 caregivers.