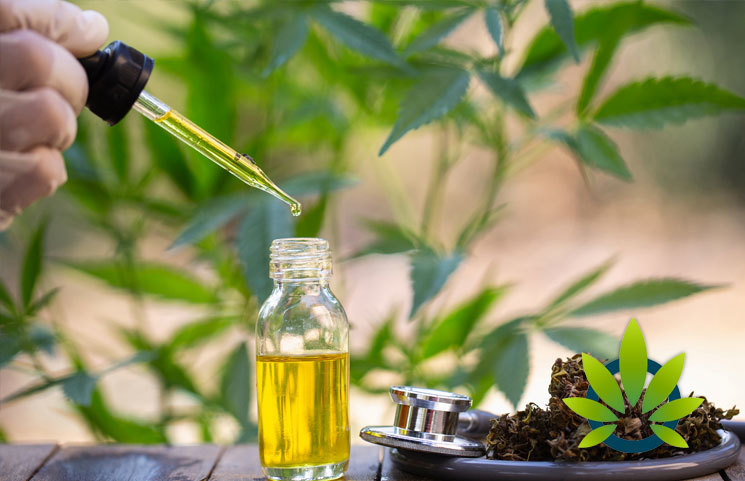 CBD is being marketed as a cure for everything from anxiety to cancer. Some claim CBD helps them sleep. Others say CBD helps them feel more energetic.

But is CBD really a cure-all? Or is it just the 21st century version of snake oil?

In the 1800s, entrepreneurs in the United States and Europe advertised and sold mineral oil as a cure for various ailments. They would infuse ordinary oil with minerals, spices, and other compounds. The product would be marketed as a cure for virtually anything – when in reality, there was no scientific evidence supporting any of the benefits.

Cannabidiol supporters get mad when you mention that CBD could be the snake oil of the 21st century. They’ll point to studies indicating that CBD can cure seizures in some patients. They’ll link you to double-blind, placebo-controlled studies where researchers found CBD was linked to reduced symptoms of anxiety.

But is there really that much evidence behind CBD? Or could CBD really be just a new type of snake oil?

There are a surprising number of similarities between CBD and snake oil, as pointed out by Cindy Krischer Goodman in a recent article for the South Florida Sun-Sentinel, including:

Hemp and CBD have been legal nationwide since the passage of the 2018 Farm Bill. However, there’s limited regulatory oversight of the industry.

Most states do not require CBD products to actually contain the ingredients they claim to contain, for example. There’s also limited control over what benefits CBD product manufacturers can advertise – particularly CBD supplement manufacturers.

Most importantly, there’s not as much science backing CBD as some people seem to think. Sure, there have been studies involving a small number of subjects. But large, professional studies analyzing the long-term effects of CBD, its safe dosages, and its health benefits have been lacking.

Goodman’s article also revealed that many CBD products have lower dosages than advertised. Even worse, some products contained toxic compounds and heavy metals from China.

The FDA Might Step In to Regulate CBD Shortly

Thanks to the FDA and similar organizations, it’s no longer possible to sell “snake oil” cure-alls. You cannot legally claim your product cures cancer, for example, if it does not have a proven ability to cure cancer.

The FDA might soon step in to implement similar regulations to the CBD space. On May 31, the Food and Drug Administration held a hearing on CBD to determine how to regulate the industry – or even if the FDA should regulate the industry. The panel included 110 speakers, including representatives of some of the largest CBD companies in the world.

The FDA continues to accept public comments while it figures out the best path forward for the multi-billion-dollar CBD industry. The FDA will accept comments through July 2, 2019.

Goodman interviewed an executive of a Fort Lauderdale-based hemp farm in her recent article. Derek Thomas, vice president of business development for Veritas Farms, claims that many CBD companies do not follow testing protocol, and others just lie about what’s inside their product:

“Companies aren’t following testing protocol, and some are disingenuous about what is in their product,” said Thomas in his interview with the Sun-Sentinel.

“Sometimes there is less cannabinoid and sometimes more. Sometimes there are other additives like Viagra, THC, or pain-killer compounds. This is one area where there needs to be tight regulations.”

“Some labs will run a test and show an element is not detected, but their instrument can’t go deep into the product and the consumer doesn’t know,” said Chris Martinez, who operates Evio Labs.

There are also frequent problems with consistency, even with multiple bottles from the same manufacturer:

“We might test five bottles from a manufacturer and one has two and one has one, and one has none at all. There is no consistency in products.”

Perhaps most worrying, however, is that plenty of tested CBD products are filled with harmful compounds. Some CBD products have “substances made in China that have high levels of metals,” for example, while other products “have ingredients to simulate CBD.”

“They will put melatonin in so you will feel relaxed and think the CBD is taking effect,” explains Martinez.

Despite the Controversy, Consumers Are Driving Demand for CBD

CBD is already a multi-billion dollar industry. By 2024, industry sales are expected to surpass $20 billion. While CBD products may be controversial and untested, the demand is clearly there from the consumer side of things.

Part of this demand is driven by celebrities. A number of celebrities have been publicly outspoken about their love of CBD. Jennifer Aniston, Kim Kardashian, Emma Roberts, and other A-list celebrities swear by CBD products, claiming they use them to relieve pain, soreness, or anxiety.

Famous brands are also jumping on board. Ben & Jerry’s, for example, just announced plans to launch a CBD-infused ice cream once the FDA approves the use of CBD in foods at a federal level.

Today, you can even find CBD products on store shelves at CVS and Walgreens.

The FDA Has Already Approved a CBD Drug

One of the biggest reasons why CBD should not be considered snake oil is because the FDA has already approved a cannabidiol drug. In 2017, the FDA approved Epidiolex, which contains a purified form of CBD.

The FDA approved the drug after it demonstrated proven efficacy in treating seizures associated with Lennox-Gastaut syndrome or Dravet syndrome in patients 2 years of age and older. The FDA has verified that, when taken for this purpose, CBD is safe and effective for its intended use.

The FDA has also approved other drugs containing or derived from cannabis, including Marinol and Syndros, both of which contain dronabinol, which is a synthetic form of THC. The drugs have a proven ability to treat the anorexia associated with weight los in AIDS patients.

Another FDA-approved drug, Cesamet, contains the active ingredient nabilone, which has a chemical structure similar to THC.

Of course, these products are only available by prescription through a licensed healthcare provider: they’re regulated like drugs – not supplements.

While hemp and CBD are officially legal nationwide, the industry is a long way away from being regulated, standardized, and safe. Right now, critics argue that hemp is closer to snake oil than a legitimate health product – but things can certainly change in the near future.

THC Overdose: Did the Cannabis Compound Cause Its First-Ever Death?

As Cannabis Earns Legalization Across States, Could “Magic Mushrooms” and Psilocybin Be Next?