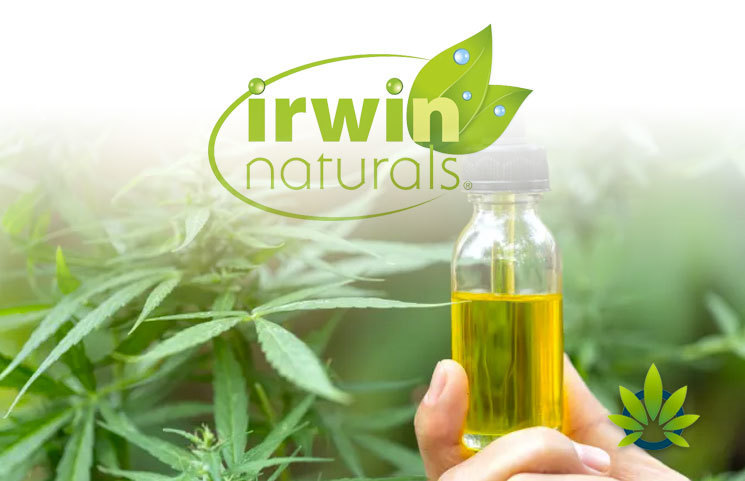 While dispensaries have been the main place to go for CBD needs, that is no longer the case. Nowadays, soft gel capsules, oils, gummies, and topical remedies (among other products) have moved into pharmacies and even grocery stores. Experts believe that the demand for these types of products will soon rise, and producers need to keep up. Irwin Naturals has spent two years in research and development and will soon be bringing over 100 new CBD products to the market.

Irwin Naturals has been around for about 25 years, and they are aiming to introduce dozens of new products within the next month, which will coincide with the announcement of their market predictions this year. As the Food and Drug Administration (FDA), as well as federal lawmakers, are set to release rules for CBD distribution soon, many experts believe that the mass market is about to see major competition arise between companies as they fight for a place on retail shelves.

The new companies would be able to achieve this distribution in food stores and dispensaries, but experts in the retail industry believe that the pharmacies and grocery stores will likely side with legacy companies that have shown their scalability at this level. Irwin Naturals is a leader in the international supply of quality health products, as well as herbal and nutritional supplements, and they are in a position to be a front runner in this competition.

In 2017, when there were very few experts in the industry and very little known by the public about CBD or even how it can benefit the body, Irwin Naturals took a chance and began investing in the creation of over 100 products with CBD. Their idea of investing happened about two years before many of their now-competitors even considered entering.

Klee Irwin, the founder of Irwin Naturals, as well as managers with the company, believed that the CBD market would see an explosion in popularity after the lawmakers passed legalization for the cultivation of hemp and the sale of hemp-derived products. Their decision to gamble their future on this industry seemingly paid off when the Agricultural Improvement Act was signed by President Donald Trump on December 20th, 2018, removing the previous restrictions placed on hemp and CBD product development. Being involved in the space already gave a major advantage to Irwin Naturals.

Now, the CBD products from this brand are ready to be launched into the mass market. With over 100 CBD products in four different brand categories, consumers will greatly reap the benefits of the company’s R&D. Right now, the brands include:

Market research firm Brightfield Group stated that the CBD sales in the United States could reach $5 billion by the end of the year, which would be a 700% increase over the 2018 sales. The firm believes that, by the year 2022, the market will easily pass $22 billion in sales. Brightfield Group seems optimistic in the role that Irwin Naturals could play in this progress, as they stated in another report, “Irwin Naturals is well-positioned to effectively leverage existing distribution networks and customer relationships to market products already tied to a trusted brand.”

In the Green Market Report, the researchers stated that Irwin Naturals, as well as Irwin himself stated that it was giving away $1 million in CBD products, celebrating the passing of the Farm Bill last year. The report added that the company’s focus appears to be on “making the cost of CBD products affordable.”

Irwin, who wrote a book about CBD called Pain Nation, called the move of the company “lucky,” adding that they simply hoped that the law would swing in their direction. He pointed out, “Now, we’re sort of alone as the only large legacy company with strong mass market relationships and a broad line of CBD products ready to launch.”

Irwin continues, pointing out that the brand has been integrated into 100,000 locations in the United States, but their motivating factors don’t include the profit, though that is a benefit worth considering. Instead, the goal is that the public has access to information about the substance and to affordable CBD remedies that can meet their needs. With these priorities, more of the public can easily access the CBD remedies with complete understanding of what the formulas offer, but without breaking the bank.

Now, it is expected that some of the biggest competitors against Irwin Naturals will be entering the CBD space as well. However, Irwin appears to feel confident in the strong stance of his own brand, stating,

“We can easily execute our national mindshare branding and distribution strategy and be the dominant player when the smoke clears in the next few years to reveal the pending $20+ billion CBD industry.”