The FDA, Hemp CBD and 2020: How Will Cannabidiol Fare This Year?
Advertisement 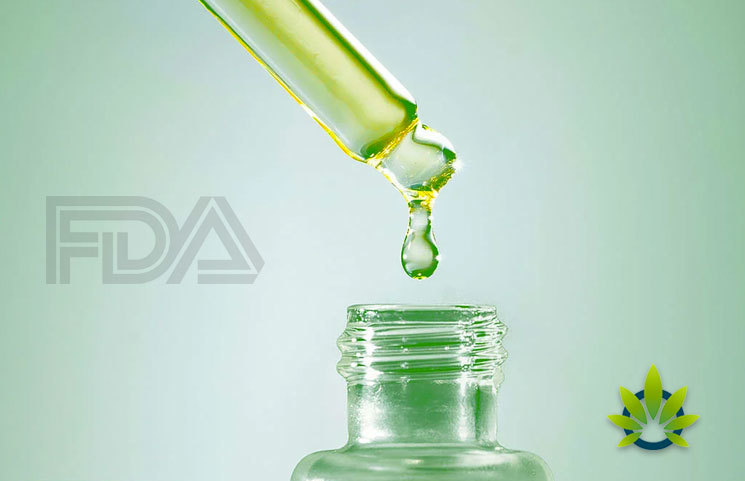 One of the biggest questions in the CBD industry for this year is whether the FDA will allow CBD in dietary supplements and food. Of course, there is no definitive answer and only the FDA really knows what it intends to do this year.

Nonetheless, it looks like lawmakers are trying to change the landscape. House Agriculture Committee Chairman Collin Peterson introduced legislation that would allow the FDA the ability to permit hemp-derived CBD to be marketed in dietary supplements. The proposal would also include CBD in the definition of dietary supplements under the Federal Food, Drug, and Cosmetics Act.

“What makes it really hard to say is [that] we are kicking off an election year.”

“If anything is going to get done with it, it would need to move faster than in a non-election year. At some point, you’re going to reach the middle of the year, and legislators—that’s not going to be what the focus is going to be on in an election year because you don’t know what’s going to change, not only from the general election, but also how that might affect committees and things like that.”

Based on position, the legislation may not be on lawmakers’ purview given that this is an election year. That is, we may need to wait for a non-election year to see more CBD-related legislation to be considered.

Even so, some would like to see the FDA take the action on its own, using its discretion, to create a narrow exemption for CBD. For example, Steve Mister, the president and CEO of the Council for Responsible Nutrition, shared with Nutritional Outlook:

“That would have been the preferred way to market because then FDA would have more say in what the exclusion looks like. But given what we’re seeing out of FDA, which seems to be inaction, and the larger environment around it—all the things that are happening in the face of FDA’s inaction—we think this is a good alternative.”

Further, Robert Durkin, Arnall Golden Gregory LLP’s of counsel took the position that the legislation is “interesting” but also a “little drastic.” He stated:

“I think [the Peterson bill] is interesting, but it’s a little drastic.”

“Well, what [a new regulation] does is it establishes a precedent and a paradigm for the agency to do this in the future if it has to.”

“They wouldn’t have to wait for a legislative fix. And, it’s really likely that CBD is not the only dietary ingredient to be affected like this. It’s a solution that can be used in the future.”

It’s also important to note that, by only amending the definition of a dietary supplement, Rep. Peterson’s bill would still not create a pathway for CBD in food, leaving a now quickly growing segment of the CBD market still illegal. Durkin added,

“Food would still be in the same trap,”

“They’d much rather have this in dietary supplements than conventional food.”

To this, Steve Mister continues with,

“I think FDA has some real concerns about [CBD in food] that make it different than supplements.”

“Because supplements are, by definition, supposed to be pills, powders, concentrated liquids, capsules, things like that. By their very nature, they’re not allowed to be presented as a food substitute. And so the very act of taking a supplement becomes very intentional.”

“The problem they have with food is they’re concerned about the cumulative effects of CBD if it’s in everything—you know, you get up in the morning and you have a CBD-infused coffee, and then you have a CBD-laced bottle of water on your way to work, and then you have a CBD-infused brownie. Pretty soon, without realizing it, you’re starting to get an awful lot of CBD into your system. That’s, I think, what’s problematic about food. It’s very hard to do this in a way with food that you alert people to the potential dangers of overconsumption, and it’s also hard to warn vulnerable populations away from it. If you don’t want pregnant women using CBD, are they going to think about that when they’re at the grocery store and they pick up cookies or coffee that has CBD in it? Whereas with a supplement, you can label that supplement in such a way that cautions people: Do not use this product if you’re pregnant or nursing.”

In the event that hemp-CBD does become a permissible ingredient in dietary supplements, there are consequences. For instance, the products that add the substance to supplements will be subject to FDA regulation and enforcement actions. Thus, while passage of the legislation would give more opportunity to the CBD industry, it also places the industry under more scrutiny. Mister continued,

“And I think that’s something that some people don’t understand, because they think that somehow it’s exempting CBD from all of the regulatory framework, and that could not be more wrong. What it does is it simply says it meets the definition of a dietary ingredient, but before anybody can bring anything to market, it would still require that you meet all of the requirements for a dietary supplement…So it’s not like a CBD supplement is going to get a free pass under this legislation, but what it does is it says, ‘This is the swim lane for CBD.”