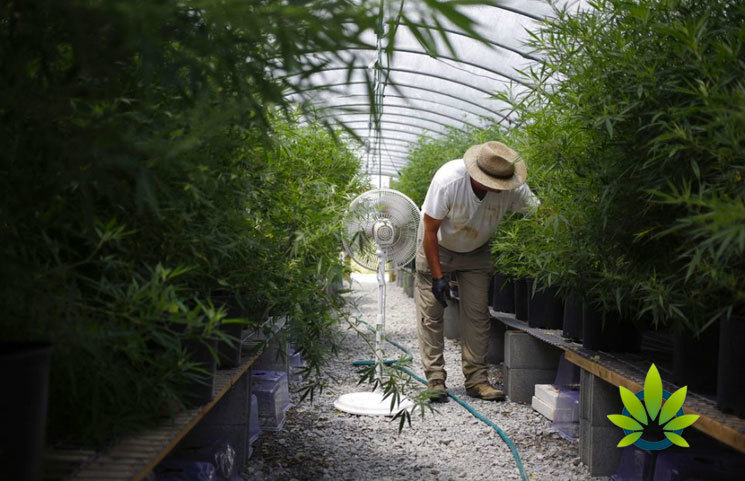 United States farmers have been struggling for years, and the difficulties of the job do not make it easier either. Another burden that farmers have been facing as of late is the impact of President Trump’s trade war with China.

Due to the trade war, China has ceased purchasing agricultural products grown in the United States, and as a result, one of the industry’s largest customers is no longer one. China’s decision to officially cease purchasing only adds to the struggles that farmers have been facing when it comes to crop and commodity prices. In 2018, China made up $9.2 billion of U.S. agricultural exports, according to the United States Department of Agriculture Foreign Agricultural Service.

In a recent report by CNBC, Pat Westhoff, the Director of Good and Agricultural Policy Research Institute at the University of Missouri shared that existing tariffs have led to lower sales, and that removing China from the market would be a “very big deal.”

Amid the trade war and struggles that farmers face, it appears that they are starting to turn farming a new kind of crop – hemp; and it may be just what helps the farming industry at this point.

According to a recent report by The Columbian, one farmer by the name of John Boyd, Jr. who traditionally grows soybeans in Virginia, has turned to hemp to cope with the trade war’s fallout. This year, he has planted 100 acres of hemp. Boyd Jr. also shared with Alexis Steel on Bloomberg Television that there is still big risk involved.

Another farm that has added hemp to its operations is Coots Farm in southern Kentucky, reports the Financial Times. The farm had traditionally cultivated soy beans, wheat, corn, and tobacco. A member of the family that owns the farm, Bridget Coots, shared with the publication that the hope is that the hemp crop will be able to replace the tobacco income. The tobacco crop has been plummeting as people turn away from smoking.

There are several risks that come with hemp cultivation. Hemp is not an easy crop to cultivate; that is, it is labor intensive, it features tough stalks and spiked leaves, and farmers rely on foreign labor in the process, according to the Financial Times. There are also issues associated with over production of the crop, which can lead of an abundance of supply and cause hemp prices to crash.

Despite the risks, there is also the potential for profit. Ken Anderson, the founder of Legacy Hemp, a Wisconsin-based hemp company, shared in a Reuters report that farmers can net about $750 per acre with a good yield of food-grade hemp. In another report by Hemp Tech Laboratories, it indicates that hemp’s retail market in the United States is about $600 million, and continued growth is expected.

Ultimately, the trade war has impacted the agricultural industry two-fold. On one hand, one of the industry’s most significant purchasers has pulled out. On the other hand, farms are looking for alternatives and it may just be the hemp crop. Despite wild and new times, the CBD emergence is one to watch and pay close attention to as the trade wars escalate.

USDA to Spend Half a Million on Hemp Cross-Pollination Research