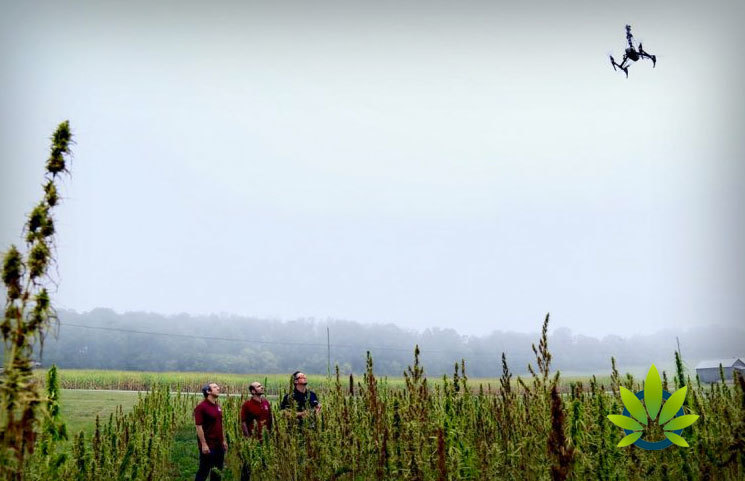 A $500,000 grant was awarded to the University of Tennessee and Virginia Tech by the United States Department of Agriculture. The researchers based in Knoxville are studying pollination between genetically modified switchgrass and hemp. The team will use drones and mathematic models to study the pollination process in the two crops.

“The models are crucial for making well-versed decisions and determining the suitable isolation distance for GE plants,” said David Schmale.

Shane Ross, a professor in the Virginia Tech Department of Ocean Engineering and Aerospace, said that understanding the pollination process in genetically modified hemp is critical for the future of the marijuana and hemp industry.

“When long-distance pollination takes place, there might be inadvertent contamination of different varieties of hemp like those used for cannabidiol (CBD) and fiber,” said Shane Ross.

According to Ross, the main objective of the team is understanding the furthest the pollen trajectories can travel.

“With the help of sensor drones, we will be able to collect the pollen and predict how far from the source they can travel in different directions,” said Shane. “Our models will be taking input such as humidity, wind condition, temperature, and the size of the pollen. They will then rely on the input to give predictions of the pollen grains trajectories and their areas of deposition.”

According to Schmale, the researchers had initially planned to study pollination in switchgrass. However, due to rising interest in hemp, especially for CBD, they decided to add it to the project. He admits that research on pollination in hemp has not been conducted.