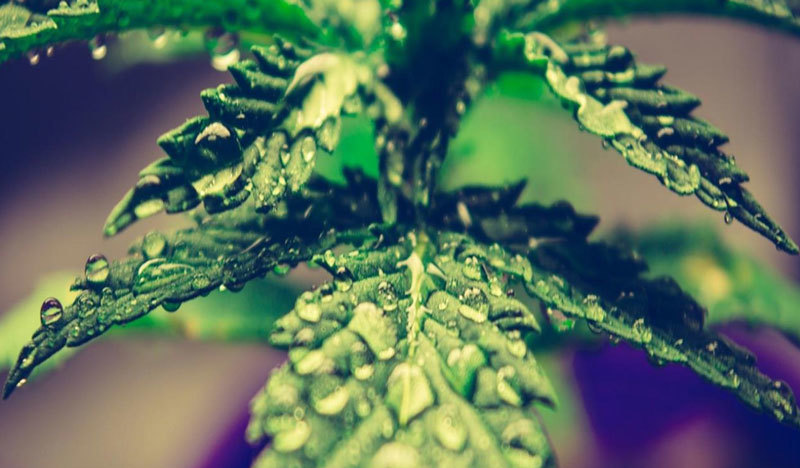 CNN originally released the original “Weed” documentary in 2013 at a time when very little was known about CBD in the public. Now, five years later, at least two-thirds of Americans have some level of familiarity with this compound, and even one in every seven people is willing to admit that they’ve tried it themselves. CNN reports that 93% of Americans are in support of the use of medical marijuana, and the 2018 Farm Bill legalized hemp-derived CBD with less than 0.3% THC in it.

Through the last few years, the science to back these substances has become more abundant. The Food and Drug Administration (FDA) approved a pharmaceutical-grade CBD oil called Epidiolex for the treatment of two types of epilepsy, opening the door for GW Pharmaceuticals to work on other cannabis medications. Most recently, the founder spoke with CNN and confirmed that they are working on products for autism, anxiety, and everything in between.

Since the first installment, many people involved in the original Weed documentary have seen their lives substantially change. The Stanley brothers, who were featured for betting on CBD when they didn’t even have a working vehicle, now have 800 acres of CBD crops in three states, and their marijuana brand is worth approximately $2 billion.

The show introduced the world to Charlotte Figi, a little girl who was suffering from 300 seizures a week when she was three years old. At the time, her mother had stated that she wasn’t expected to live past eight years old, but she is now 12 years old. Rather than 300+ seizures a week, she has two or three seizures a month, and her parents no longer have to take any medication apart from a CBD oil called Charlotte’s Web.

For many people in the medical marijuana community, the changes in the United States over the last few years have been eye-opening. Lives of people have been changed for the better, but for every handful of beautiful and inspiring stories, there are still a few unfortunate ripple effects.

The 2018 Farm Bill was a major change in the industry, implementing new laws that allowed the growth, sale, and consumption of hemp and hemp derivative products, including CBD. The only restriction is that this crop had to have no more than 0.3% THC, and the cannabis community rejoiced. While this substance used to be a taboo topic to even mention, it is now sold everywhere from dispensaries to the local grocery store.

CBD oils, mints, shampoos, drinks, and more that hemp and CBD can be found in. CBD has been toted as practically a miracle plant, but it hasn’t gained the approval from the Food and Drug Administration that it is proven to do any of the things it says. Without the regulation from the authorities, bad actors have been able to enter the industry, allowing scammers to make fast money before they disappear from the market.

Overall, CNN reports that the general attitude towards CBD from consumers is that the product is potentially helpful but rarely harmful. However, when it is nearly impossible to know with certainty that the product is authentic and free of harmful ingredients, finding a product that actually exudes what CBD is about is rather difficult.

CNN has just recently launched the fifth installment of their Weed investigative series, titled “The CBD Craze.” This installment shows the public more details about “the Wild West of the CBD craze,” while discussing how the industry reached the point that it has. The episode also gives a better understanding of what exactly a “certificate of analysis” is, what legal, and what is still outside of the law.

The host, Dr. Sanjay Gupta, reflects on the fact that he is known publicly as an advocate for medical marijuana, which used to be a cringeworthy statement to him. Now, he believes that the story of cannabis needs to be taught, and he works to erase the stigma that consumers have to simply follow the masses. Instead, he invites the public to join on his journey to the evidence available about the crop, adding, “The real story of cannabis has always been rooted in facts, not faith.”

The entire series is an effort to show “what would have been obvious, if people had taken the time to look.” He states that he’s continually sought out new research and developments in this sector, while spending time with patients that manage their conditions with it. However, he also focuses on the misinformation about CBD, noting that CBD doesn’t create the same psychoactive effects as THC, which is found in medical marijuana. The story has never been an effort to advocate for cannabis, marijuana, CBD, etc. Instead, it has been meant to inform the public, which has been sorely lacking in this knowledge.

Gupta remarked, “We are in an age of wisdom, but also an age of foolishness.” There have been many changes in the medical marijuana sector that are helping patients to get what they need, but there has also been a lot of hype that has led the public to continue to have a skewed idea of exactly what marijuana can do. While the substance “is a medicine,” Gupta stated that the denial of access to this substance is “a moral issues just as much as a medical one.”

Exclusive Interview with Dr. Sanjay Gupta on The CBD Craze

The following is extract from an exclusive interview with CannabisWire's Nushin Rashidian:

Q: What is the central thesis or focus of WEED 5?

Q: Looking back to 2014, people were just learning about Charlotte’s Web, and now I can’t turn a corner in Manhattan without seeing CBD somewhere, mainstream stores and otherwise. Has any aspect of how CBD has taken off surprised you? Did you see this coming? What’s your general feeling about how prevalent CBD popularity is?

A: For people following it over the last couple of years, it’s been a pretty abrupt turnaround, that’s what they feel like. They couldn’t say the word, they didn’t know what CBD was exactly around that time, 2013, 2014. And now, as you say, it’s available everywhere. I think there are some concerns with that, frankly. When we talked about Charlotte, when we were representing that work, it was always around the medicinal aspect of this: Why couldn’t this be studied like any other compound? What were the barriers to that?

There was enough evidence, I think, real evidence, some of it from other countries, that would at least make the research around this seem to have a pretty good path forward, and yet it wasn’t happening. I think when it suddenly became much more available on the botanical or supplement side without any significant regulation around it we were concerned. And I think some of those concerns have born out that you could have some of the bad things happen, you could have some unscrupulous actors enter the scene, and people even getting sick. So there was concern with how this has gone forward.

The idea that cannabis is a medicine—there’s now not only data behind it but an FDA-approved drug behind it—it’s still very much true. And that sometimes it can work when nothing else has, that’s very much true. But how this has unfolded over the last couple of years has caused a lot of confusion.

And I’ll say one other thing. I think the CBD thing, CBD as a compound, sort of became a convenient political narrative. You know, it’s the stuff that you don’t necessarily have to inhale, it helps little kids with seizures. It wasn’t hard to rally behind, but that was never the complete story either. And the idea that somehow, maybe unintentionally, I don’t know, the other compounds in cannabis, including THC, have been sort of re-vilified through all this I think is also real. I don’t want to assign intent to that but I think the outcome is what it is. It’s like, “Well, we’re supporting CBD.” CBD is not cannabis. CBD is not the entire plant. And there are potentially medical benefits from the rest of the plant.

A There’s plenty of supplements out there and the supplement market has been pretty unregulated. And I think that that’s been a concern aside from from CBD. When we think about regulation, I would say that there’s three phases to trialling these things from a pharma standpoint, which is: one, to prove that it’s safe, two, to prove that it’s effective, and three, to see how it compares to other existing therapies. I don’t know that I would necessarily say that CBD has to receive the same sort of approvals as pharma by any means. I think that’s not practical. It’s very expensive and that would certainly make it not available to people more widely.

But I do think it needs to be shown to be safe, so at least the first phase of that. We were at some of the FDA public hearings that they had back in May, and I think that was issue number one. There are some unscrupulous actors in this space. These people, whoever they are, I mean, when they say it’s the Wild West, that’s what it sort of looks like, because they’re taking advantage of the absence of regulations to pump out cheaper, sometimes entirely synthetic, and sometimes dangerous products in the market.

I think that consumers have to be able to know if they’re buying what they think they’re buying, and it’s a legitimate product. And I think there needs to be education. What about the impact on the liver? What about the impact on you if you take the other medications, like a statin medication or some other medication that’s also metabolized by the liver? People should be knowledgeable about that. But I think the question you’re asking, and I’ve thought long and hard about it: I don’t think it should just be pharma route. I think both routes can exist, pharma and the artisanal-slash-botanical-slash-supplement route. As long as you can give people some confidence that what they’re buying is what they think it is, and that it’s safe.

TimesofCBD will be watching WEED 5: The CBD Craze CNN special report on Sunday, September 29th at 8PM and have a review of everything covered in detail.