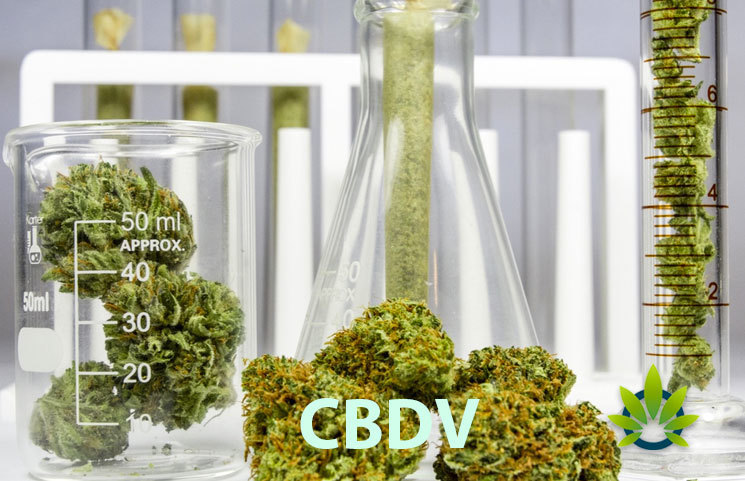 Current research shows that marijuana has 113 cannabinoids. While it’s possible that there’s more, the truth is research has stalled because of its controversial status across the globe. Some countries like Canada and Uruguay has legalized it for recreational uses.

Others like the US have only legalized it for medicinal uses. And even then, only 33 states out of 51 have done this. The remaining states haven’t passed the bill yet. This means that weed is largely illegal in the US unless you have a prescription or a condition that qualifies for its consumption.

The good thing is even with the somewhat slow pace, research and studies are revealing powerful cannabinoid compounds that can be harnessed. One of these compounds is called Cannabidivarin (CBDV).

While it was discovered in the late ‘60s by Vollner et al, the reality is that it wasn’t the subject of dedicated research, until recently.

What is Cannabidivarin (CBDV)?

This is a CBD-like cannabinoid compound. So, it’s essentially non-psychoactive, and produces results similar to CBD. This is not surprising considering that they share a similar structure, and are commonly found in hemp with high CBD and low THC concentrations.

As a variant though, it’s only found in small quantities in marijuana. Even then, it’s more common in indica landrace strains from Africa and Asia. You’ll also find CBDV in Indica strains like the Euphoria, Medical Mass.

If you have a preference for sativa strains, you’ll find Dance World, Royal Medic and Painkiller XL best suited for the CBDV compound. These strains are as pure and untampered as any strain can be.

Just like CBD, this compound might aid in the treatment of similar conditions such as nausea, epileptic seizures, IBD, Crohn’s disease, and muscular dystrophy. Please note that this isn’t confirmed yet as studies are being carried out on it. This is all based on its striking similarity to CBD.

That said, it should interest you that the key difference between CBDV and the more popular CBD lies in the former’s lack of two methyl groups in its side chain. Even so, studies have shown that CBDV can help combat convulsion in both man and animal. This is why it’s considered as a potent anticonvulsant compound.

This is why GW Pharmaceuticals developed an experimental drug for the treatment of epileptic seizures. Unfortunately, the test drug tagged GWP42006, didn’t work as effectively as expected. The drug which was tested in a clinical trial lacked crucial results, which is why it’s been pulled from the market.

However, the company isn’t relenting on the use of the compound. Its research team is actively studying the effects of CBDV and how it can be used in the treatment epilepsy, Autism Spectrum Disorder, and Rett Syndrome among others.

This is coming on the heels of the European Medicines Agency giving CBDV the “orphan designation” for conditions like Fragile X and Rett Syndrome. This is a classification used for drugs that could be possibly used in the treatment of rare diseases –ailments that afflict </=1 in 2,000 people.

Let’s look at some of these conditions more closely and explore how CBDV can help.

A December 2012 edition of the British Journal of Pharmacology included a study of CBDV and its effects in easing convulsions in lab mice and rats. The study proved that the compound was effective as an anticonvulsant during the experiments.

More interestingly, it did it in a way that the animals’ motor skills and functions were unimpaired. The conclusion of the study encouraged more investigations into CBDV’s potential as a “novel anti-epileptic”.

Another 2013 study showed that CBDV played a crucial role in reducing “PTZ-induced seizure activity and increased latency to the first sign of seizure.”

And because intractable childhood epilepsy and Autism Spectrum Disorder (ASD) are closely linked, it has been stated that it could work for the latter too.

Studies regarding CBDV’s impact on ASD are being carried out in prestigious institutions like New York’s the Albert Einstein College of Medicine. Researchers are trying to decipher how this can improve communication, social and behavioral problems caused by ASD.

These chronic conditions can adversely affect the patient’s quality of life. Duchenne Muscular Dystrophy (DMD) for instance, can cause irreversible skeletal muscle damage.

Studies published in the May 2019 edition of the British Journal of Pharmacology were targeted at monitoring the effects of CBDV on DMD in mice.

The results showed that CBDV was capable of reducing chronic inflammation and enhancing muscle functions in the mice in question. The mice also enjoyed improved mobility during the experimental period. This makes CBDV a possible candidate as a novel DMD therapy.

As for people suffering from Rett’s Syndrome, the testing with CBDV showed that it helped improve memory defects in mice carrying the same genetic defect as those in humans with Rett’s Syndrome. This study was published in the July 2019 edition of the British Journal of Pharmacology.

These studies have clearly shown that CBDV can have potentially powerful effects on some of the aforementioned conditions. Of course, many of these haven’t proceeded to clinical trials. But continuous research might make this possible in the near future.

When/If this happens, we’re likely to see more CBDV strains appear in the market, and used for making medications that would ease the symptoms of these conditions and similar ones. Until then, it’s fingers crossed on the possibility of this happening in the future.