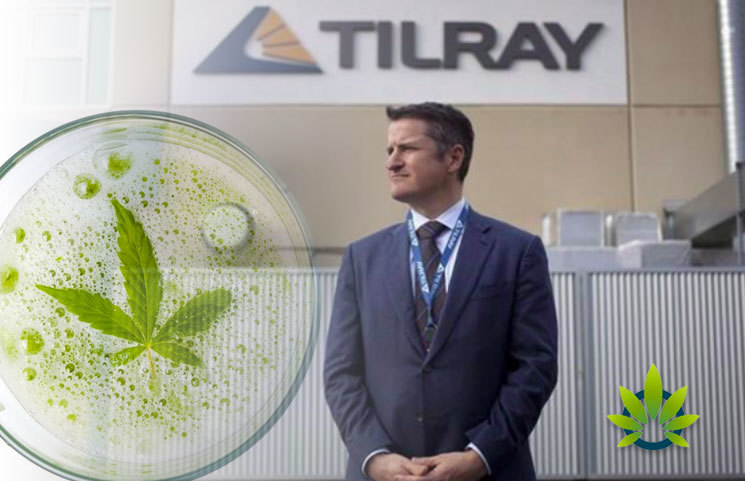 CBD Oil Is Proving Difficult to Blend With Drinks, as They are Typically Water-Based.

Fluent Beverage is aiming to launch their CBD products soon, but they will be taking their time.

As CBD becomes more popular, consumers are looking for more ways that the product can be used. CBD drinks have become rather popular as well, and there are many companies seeking to get involved in this market while its still new. Tilray Inc., a cannabis company in British Columbia, and Anheuser-Busch InBev, the world's largest brewer, have partnered up to develop a beverage of their own, aiming to launch as early as December. However, additional testing will be necessary to learn about THC-infused beverages, according to BNN Bloomberg.

Jorn Socquet, a chief executive at Fluent Beverage, commented that the research partnership between the two companies has made it possible for them to develop drinks with the use of CBD. CBD is the non-intoxicating compound that comes from cannabis, and their research allows the drinks to have CBD that remains potent.

Unfortunately, in the research regarding the use of THC, the compound is proving to be more unstable, making it difficult to create a beverage that is infused with the substance. In an interview, Socquet stated,

“When you put CBD or THC into a beverage, it has a tendency to degrade over time… And so we’ve figured it out, but we didn’t figure it out for THC yet.”

At the moment, there is no expected timeframe for when THC beverages will be made available by Fluent. Socquet stated that the company is “not going to rush it,” because the safety of consumers it their highest priority. Still, the company is actively working to “be in market as soon as possible.”

The wait for this launch follows the announcement of a deal by Tilray in December, which stated that the brand would be working to create non-alcoholic beverages that use CBD and THC. A similar plan for partners Molson Coors Canada and HEXO Corp. was announced in August last year. Constellation Brands announced an investment with Canopy Growth Corp. worth $5 billion in that same month, not wanting to be left behind.

Recreational use of marijuana was legalized in Canada in October 2018, allowing consumers to use dried and fresh flowers, seeds, plants, and oils. The legislation over edibles, beverages, vapes, and topicals will come into effect on October 17th. Companies in the country are required to give 60-day notice to Health Canada before selling any product like this. With this policy, consumers won’t likely see any of these next-generation products on shelves until December.

Fluent is a joint venture involving High Park Company and AB InBev's Labatt subsidiary, which is working to launch their CBD-infused products by the end of the year. However, the provincial and territorial bodies over cannabis retail and distribution will be the determining variable. At this point, no products have been created by Fluent, but the company is working to get the machines that they need to launch commercial production, which Socquet hopes will come in the next few weeks.

One of the key issues that beverage companies have come across in their CBD projects is that the CBD oil is difficult to mix with water. Fluent has been working to blend these drinks with nano-emulsions, which involves mixing liquid with droplet sizes as the THC and CBD is mixed in. The company is also working on the delay that consumers experience in the onset of cannabis products when digested, like with marijuana-infused brownies.

While the process can take anywhere from half an hour to four hours to take hold, Fluent is unsatisfied with the wait time. Socquet stated,

“We are working on a platform that has an onset in less than 10 minutes and offsetting in about an hour and a half.”

Right now, limited information is available about the new beverages that Fluent aims to market, but consumers can be assured that it will be nothing like beer. Socquet stated,