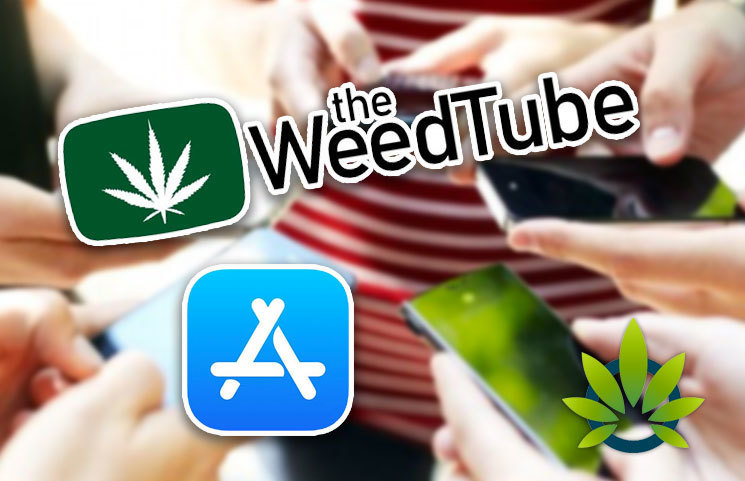 In the battle for potent, readily available cannabis, a new milestone has been reached: TheWeedTube, a platform for cannabis videos and news. TheWeedTube will be curated by many of former YouTube content creators who were kicked off the site during Google’s drug-related content purge.

Now, TheWeedTube can be found on the Apple Store.

The Apple App Store has been historically difficult to break into since Apple critiques and reviews all app submissions prior to allowing any company. Considering that this app concentrates on what is termed as a product yet to be legalized, TheWeedTube has done well for itself.

iPhone is a slice of the world’s phone pie, and having your application on their store is tantamount to success. On the contrast, the Android marketplace is totally welcoming to developers of all kinds, and this makes the application library huge, and quite a hit and miss since quality control is not well adhered to.

TheWeedTube was launched on 2018 May with a goal of normalizing the perception of cannabis. Arend Richard, TheWeedTube co-founder, had been creating videos regarding cannabis and modern queer life on YouTube and amassed over 127,000 subscribers. On YouTube, he was known as “The Gay Stoner.”

Richard now recounts how hard it was for him to get TheWeedTube into Apple Store’s rotation. They had to apply several times as Apple kept on rejecting their applications citing that they thought the app would promote the consumption of cannabis, an illegal substance. On the other hand, The Android Google Play Store accepted TheWeedTube almost immediately after Richard’s application.

LGBTQ community members have always been vocal on forwarding the cannabis culture. The fact that Richard is a gay founder of a cannabis platform holds this true. Another contributor to TheWeedTube is Laganja Estranja, a performer and a cannabis-themed drag queen based in LA. Laganja is popularly known for the “RuPaul’s Drag Race” show and is a close supporter and friend to Richard, among other queer persons in the cannabis industry.