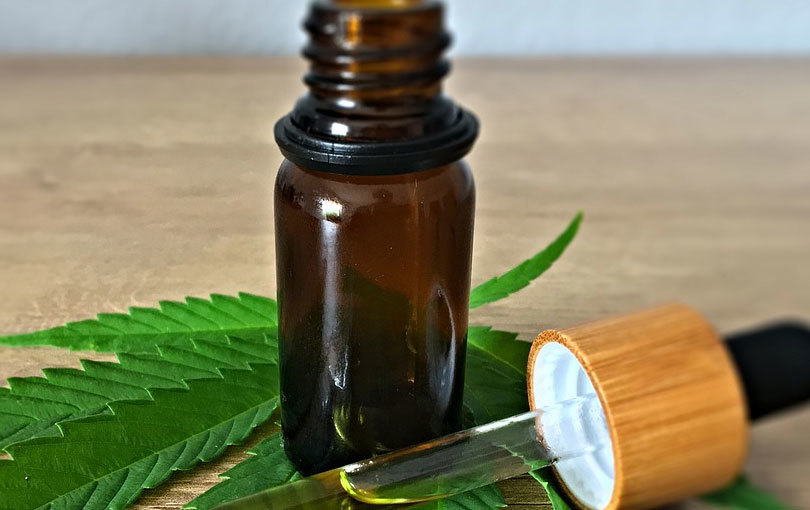 As most of our regular readers are probably well aware of, over the course of the last 4-5 years, a whole host of scientific research has found that CBD-based products have the ability to help users get rid of their various pain-related symptoms in a highly streamlined, hassle-free manner. However, clinical data released recently has also started to suggest that CBM, or cannabimovone, a lesser-known compound that is found in many cannabis strains, could also potentially help in revolutionizing the way in which the human body deals with pain as well as a host of other external/internal stress agents.

In this regard, it bears mentioning that a research study published by the MDPI earlier this week has shown that CMB, when utilized in clinical portions, has the potential to help people suffering from a number of common issues such as metabolic irregularity, eating disorders, and diabetes. To be a bit more specific, CBM contains a highly active agent that is derived from “Carmagnola”, a hemp strain which many experts believe is the future of CBD-based medicinal research.

A closer look at CBM and its technical aspects

From a purely technical standpoint, one can see that CBM shares a lot of chemical similarities with other highly popular cannabinoids such as CBD and THC. However, owing to the dearth of research available in relation to this compound, many scientists are still trying to figure out the various pros and cons associated with this potentially game-changing substance.

According to a recent article, CBM has been found to bind quite seamlessly with a whole host of receptors that are present in the human body, especially important ones like PPARα and PPARγ that are vital for the optimal functioning of our neural systems.

For those of our readers who may not be aware of the importance of PPARα and PPARγ, these receptors have been found to be responsible for the governance of our genetic material as well as for the creation of new cells in many of our key internal organs such as our heart, liver, colon, kidneys, etc. If that wasn’t enough, these receptors are also known to regulate our hormone levels, especially in regards to the fatty tissues that are present in our bodies.

Some of the other core facets of PPARα and PPARγ include:

According to the aforementioned MDPI study, researchers found that when they used certain 3D modeling tests to examine the chemical binding capacity of CBM, they found the compound to be highly adhesive in nature. However, they could not prove whether these results could be replicated in real life (this could have been due to certain budget constraints or other similar monetary factors).

So basically, it seems as though CBM has the potential to quite easily link with PPARα and PPARγ and partially activate both of these receptors. Thus, if future clinical research is able to demonstrate the real-life efficacy of the compound, we could see CBM being used for the treatment of various issues such as:

Additionally, CBM may also be a potential option in regards to the treatment of various internal problems for which safe therapeutic solutions have not yet been discovered. In this regard, a number of researchers are now beginning to think that CBM in conjunction with other potent cannabinoids such as THC, THCV, CBD, etc may help in the regulation of our innate metabolic functionality.

What are PPARs and how are they revolutionizing modern medicine?

As most of our readers are probably well aware of, a whole host of modern medical solutions rely on the use of pharma drugs for the treatment of various diseases and illnesses. However, in cases where a problem has been born out of certain defective, mutated, or damaged genes, tackling the symptoms themselves may not be the wisest way forward. This is where PPARs come in since they have been shown to have a direct influence on the genes that manage many of our most critical cells. Thus, a lot of experts are of the opinion that by manipulating our body’s PPAR receptors, we could potentially treat a large number of disorders related to the human metabolic system.

At the time of writing this article, there exist a handful of FDA-approved drugs on the market that target PPARs. However, many of these solutions have been shown to produce a host of undesirable side effects such as sudden weight gain heart complications. This is why many researchers are now beginning to explore the utility of CBMs in regards to new PPAR-based treatment methods that are not only effective but also present users with minimal side effects.

What does the future hold for CBMs?

As mentioned in an earlier paragraph, the core CBM extract is derived from the Carmagnola hemp variety. However, as time progresses, it would not be surprising to see researchers find that this cannabinoid is also present in many other cannabis strains as well.

Also, it is not economically feasible for people to grow huge quantities of Carmagnola, especially if the plant is not able to produce CBM in massive proportions. Instead, breeders may have to start exploring options wherein they can back-cross plants with Carmagnola so as to create newer cannabis variants that come replete with huge portions of CBM.

Alternatively, if the medical uses of CBM become more and more prominent in the coming few months, it would not be surprising to see biotechnicians genetically engineer a whole host of compounds such as bacteria, yeast, etc to produce industrial quantities of CBM.

A few pointers to bear in mind

At press time, there are no clinical studies to suggest that CBM can be used in the treatment of diseases and illnesses that are faced by human subjects.

As things stand, the United States federal government has not really looked into the medical or economic potential of CBM. Thus, we will most likely have to wait for other countries to do a bulk of the research before the compound is embraced by the American government.

CBM-related research is still in its nascent stages, thus it is best that people interested in making use of the compound refrain from utilizing it in ways that may endanger them or those living around them. The long term effects of CBM are still unknown at the moment.

With the cannabis-based medicine market now booming across North America, it would not be surprising to see more and more researchers starting to explore the overall potential of CMB and its various derivatives. However, for the time being, there are hardly any products that are making use of this compound so all we can do for now is ‘wait and watch’.