Cannabinoid Receptors: Everything to Know About CB Receptors and Endocannabinoid System
Advertisement 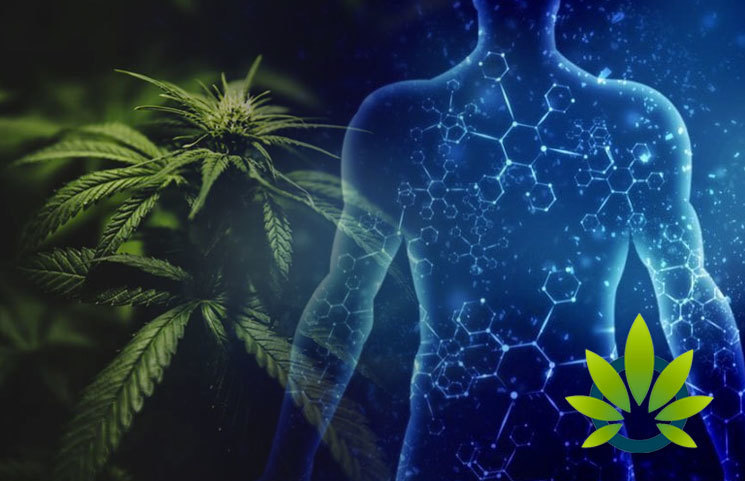 CBD’s growing popularity means that more people are interested in it, and would like to know all there is to know about it.

While the compound itself is quite potent, it would be ineffective without cannabinoid receptors. These receptors in the body are responsible for the potency of cannabidiol.

The good thing is everyone has them, and will benefits from using CBD as prescribed. The cannabinoid receptors are a key part of your endocannabinoid system.

How Does the Endocannabinoid System Work?

This system plays a key role in your ability to attain homeostasis. Without it, you would be susceptible to all sorts of ailments and conditions.

The key components of this system are endocannabinoids, cannabinoid receptors and metabolic enzymes. All three work synergistically to get you the results you need.

The cannabinoid receptors, also called CB receptors, are the triggers or spark if you will, that gets the body to produce some endocannabinoids.

When it does that, the metabolic enzyme produced helps breakdown the endocannabinoids which in turn go on to relieve targeted symptoms.

What are Cannabinoid Receptors?

Cannabinoid receptors play a huge role in the effectiveness of your CBD. They’re actually G protein-coupled receptors that are found in every cell in your body.

This is why when one part of your body is in pain, it feels as though all the parts are. That’s because the ECS does a great job of determining how we feel pain.

The process involved is quite complex, but the end result is that the receptors help the brain determine the source of the pain.

So, every time you bang your head, bruise your skin, hit your toe, or fall down, the microsecond between the action and when you feel the pain is all the time necessary for those receptors to kick in.

The ultimate goal is to notify you of that something is amiss and that you’re injured; hence the pain. Through its ability to detect inflammation and pain, it basically becomes the body’s foremost warning signal for trauma.

Where the pain is and the receptors there, will determine the kind of feedback they generate. The various types of cannabinoid receptors play key roles in this.

What are the Types of Cannabinoid Receptors?

Identified in the early 90s, this is commonly found in the body’s central nervous system. Over time, it’s been found to be one of the widely expressed proteins in the brain, with the highest concentrations found in the cerebellum and hippocampus.

The latter’s key function is as a memory storehouse, behavior expression and powers spatial navigation. The former on the other hand, pilots movement, posture, speech and balance.

It’s also widely spread out in key organs like the liver, heart, muscles and small intestines. You’ll also find it in fat tissue and reproductive organs.

This also found in cells around the body, as well as the central nervous system. They’re more commonly found in the spleen, immune cells, gastrointestinal tract, and macrophage.

These receptors play a key role in how the cells in the body interact with each other. Ideally, when the body is besieged by “foreign matter”, it triggers an inflammatory response. This is works in a manner similar to controlled brush fire.

So, like controlled brush fire which helps prepare the soil and encourage plant growth, controlled inflammation helps heal the body of its injuries. But like fire, when it gets out of hand, it can be quite dangerous.

Once the “alien” is controlled or eradicated, the inflammation is quenched by the same immune cells. How’s this important to CB2 receptors? Well, the CB2 receptor kind of acts as a guide for the immune cells. It shows or guides them on where to go.

Without them therefore, the immune cells can end up attacking perfectly healthy cells. So, with its “shepherding” ability, the CB2 receptors guide the immune cells to wherever they need to go in the body. This way, they can trigger pockets of inflammation to get rid of the “invasion’ and pain.

How the CB Receptors Help the ECS

On our own and without consistent external stimuli, we probably wouldn’t need the help of CBD to fight inflammation and eliminate pain. But, the endocannabinoid system can only handle so much.

This is why we frequently need help in the form of CBD supplements. The business and process of living has become increasingly more challenging.

We’re besieged with foreign bodies and microorganisms on a daily basis, all of which are looking for vulnerabilities in our shield.

All of these are causing huge upsets in our body system, creating a situation in which people’s immune systems have to perpetually fight off these issues.

From stress, to injuries, to microorganisms, all this deluge contribute to the ever growing case of illnesses and chronic conditions.

Unfortunately, naturally created cannabinoids can only handle so much before the resources start getting stretched and burning out. This is where CBD products come in.

They do a great job of boosting the body’s endocannabinoid system, thus encouraging them to further function efficiently.

Think of this as reinforcements in battlefronts. This can turn the tide of ailments, pain and inflammation, and help restore the sorely needed balance in the body. Such a simple concept, but deeply profound.

Multiple studies have shown that there are 113 cannabinoids found in hemp. These basically mimic the healthy benefits of endocannabinoids in the body.

This is why taking CBD products can help supplement the body’s natural capabilities. Taking CBD products means that you you’re essentially providing your body with the sorely needed cannabinoid reinforcements that we all need.

With this complementary source of cannabinoids, the body wouldn’t stress so much. With its highly similar functions, these cannabinoids do basically the same thing as our naturally created ones.

As a result, when the CB receptors send out a distressed signal, the body automatically swings into action by deploying more of the ingested phytocannabinoids to the necessary locations.

Our bodies go through so much on a daily basis. In fact, it does such an awesome job of fending off all these issues, that it’s a wonder we’re ever alive to see the next day.

This is probably why we take our bodies with levity. If you want to live longer, fight off the cumulative effects of inflammation and enjoy great health, then you need to help your body fight.

And the best way to do this would be by shoring up your body’s defenses and arming your CB receptors.

With the appropriate CBD products, this should be an easy thing to do. You’ll end up enjoying better health and giving your endocannabinoid system the sorely needed relief it needs.