Bank of America Analyst: By 2024, 13 States Expect to Sell $1 Billion of Cannabis
Advertisement 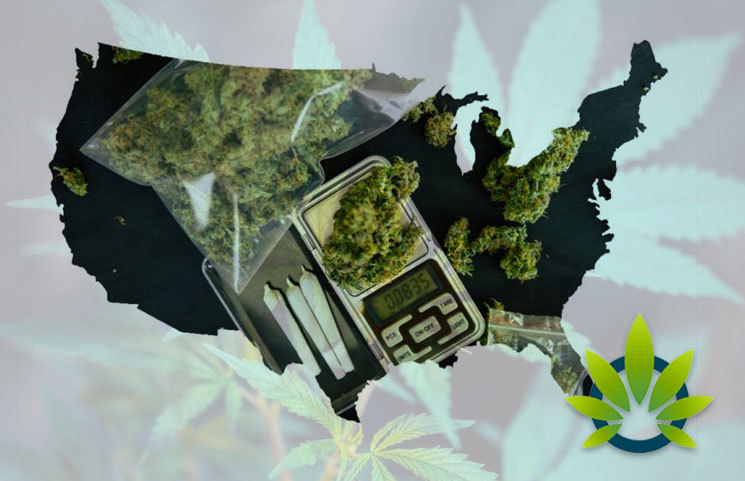 By the year 2024, 13 states are expected to sell $1 billion of cannabis – each. This bodes very well for the economy and is monumental for the cannabis industry. Some say that the industry is capable of hundreds of billions of dollars in sales and will affect many industries in the process. The US is identified as one of the main contributors to these sales, generating at least one third. This is why the global economy is watching American laws and industries to predict the future of the business.

What will be most informative and important to watch are the states expected to generate the majority of these sales since regulations and sales are state-based and not nationwide. According the Arcview and BDS Analytics, legal cannabis is expected to grow from $9.84 billion to $30.03 billion in sales. This means that along with Canada, these states will account for the majority of the sales worldwide in the cannabis industry.

Currently, there are three states – California, Colorado, and Washington – that have reached the $1 billion sales mark and a recent report has identified 10 more that will reach the same by 2024. The other states expected to sky-rocket are Florida, New York, Michigan, Arizona, Nevada, Massachusetts, Illinois, New Jersey, Oregon, and Maryland. Because Colorado, Washington, and Oregon have legalized recreational use, these states will contribute to the majority of the growth.

With that said, California and Arizona, which have struggled with supply difficulties in the past, are expected to triple in sales. What is interesting is that the population of the aforementioned states are not even indicative of their sales. When we see states like Maryland and Oregon with high sales potential, it highlights that what is more important are the cannabis laws and regulations and general feeling towards cannabis in the state versus the population of the state’s economy.

Specifically, Nevada has one of the lowest populations, but will contribute significantly to sales due their tourism economy. The same goes for the state of Colorado. The success of these states is also indicative of the success of specific companies as well as the stocks associated with these companies. With California being the major state to watch, MedMen Enterprises as well as Cresco Labs and Origin House are expected to benefit from the majority of the growth. The merger of Cresco Labs, an important producer, and Origin House, a significant dispensary will be the main cause of this growth.

In the state of Florida, Trulieve Cannabis, is the major dispensary expected to flourish. The company has remained in and focused on Florida instead of trying to expand into other states. This has been one of the main reasons for its success. What will be important, if legalization occurs in this state, will be defending against the competition. That being said, Planet 13, is still a big contender and with the opening of their new mega-dispensary, will hold one of the top two spots in the US. Currently, their Las Vegas superstore and California stores hold this title. This could expand into other states with further legalization making it one of the major players to watch.