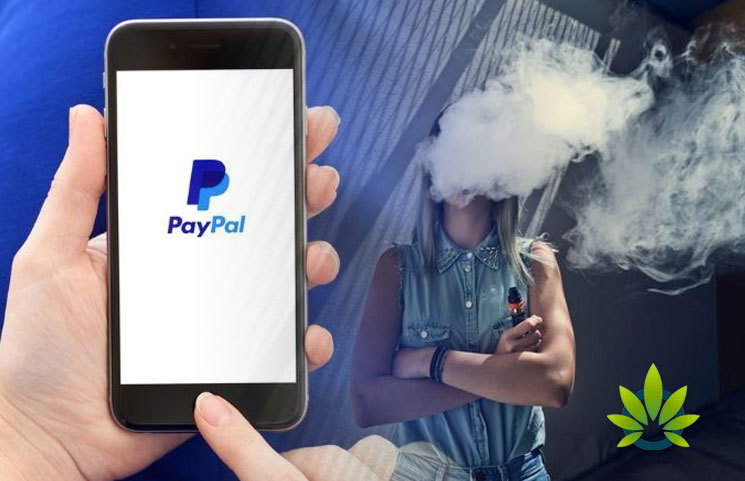 One of the biggest problems with the cannabis industry is the lack of banking options for these businesses. Every country has different regulations at the moment, but the lack of federal legalization of marijuana in many of these regions is making banks and payment processors hesitant to serve these kinds of businesses. Now, a British shop is alleging that their sale of CBD-infused aromatherapy products has led PayPal to free their account.

Presently, the UK allows CBD-based products to be sold legally, as long as the products don’t exceed 0.2% THC. However, in the United States, CBD is technically only legal if it is sourced from hemp, and PayPal is based in the US, so they have become one of the many companies that refrains from offering services to any cannabis-related company.

Reports from Grizzle state that PayPal has ultimately decided to freeze the merchant trader account for BonneBomb, the shop in question. However, the BonneBomb business owners state that the sales of CBD-based products from Holland & Barrett haven’t stopped PayPal from continuing their relationship.

The owners of BonneBomb, Jane and Mike Wood, stated that there have been other payment providers that have frozen their accounts as well, which is keeping them from accepting card payments through their online platform for sales. They also stated that their purchases and sales of goods on eBay have also banned them, due to their connection with CBD. eBay is also based in the US.

Mrs. Wood expressed that PayPal accused the store of breaching their acceptable use policy, since it sells CBD-infused formulas, making her feel “dirty.” She added that, while “you feel like you’re selling top shelf products,” the accusations imply that the work they are doing is inappropriate. While PayPal has previously noted that CBD sales are not allowed through their platform, eBay stated that the lack of confirmation over THC levels makes CBD products impossible to sell.

In the United States, the 2018 Farm Bill allowed hemp-based CBD to be cultivated and sold, but CBD derived from cannabis is still illegal, due to the THC content and the fact that cannabis is still covered by the prohibition. Over half of the states have individually legalized cannabis for medical use, and about a third of those states have legalized the recreational use. However, as long as the federal government has any kind of laws against it, credit unions and other financial institutions aren’t willing to risk their own business.

There have already been several bills presented to Congress that would offer protection for banking that choose to do business with these companies. However, these bills have yet to be passed, leaving the cannabis industry to be a cash-only business for now, unless owners choose to pursue under-the-table options. Once legalized, PayPal could be putting themselves in unprofitable position by banning companies associated with CBD.

Analysts believe that the global cannabis market will reach $66.3 billion by 2025.

Pastors Preach the Healing Power of CBD, Making Its Way into Christian Consumerism