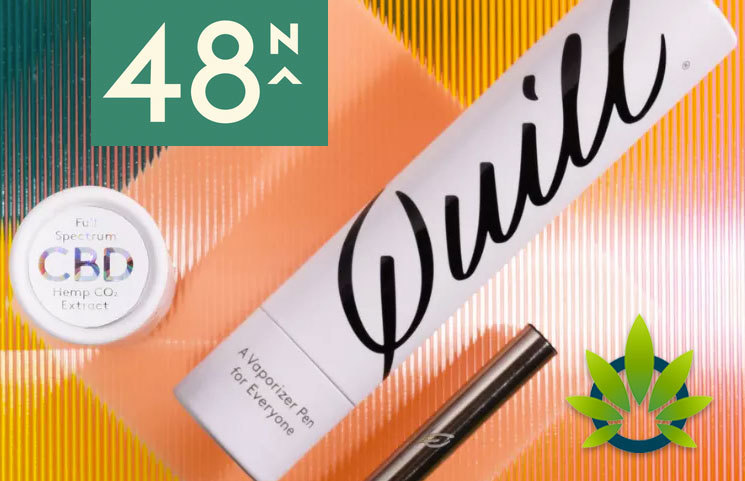 Canada made history when it legalized the use of recreational and medical marijuana throughout the entire country, and there are many companies already working to move into the US market as well. 48North Cannabis Corp. is one of the many dominant cannabis producers in Canada, and they signed a deal on Friday that allowed them to acquire Quill. Quill is a multi-state vape tech brand, and the deal closed for $2.1 million.

Quill has already established a distribution network in both Oregon in Washington, aiming to expand their efforts to California and Nevada. The majority of the focus for Quill is on vape pens that are easy to use, have a controlled dosage, and are disposable. The new deal will be fulfilled with a payment of $164,000 USD in cash, and $1.46 million USD in shares.

Vaping is becoming a popular pastime in the United States, and it has been a driving force behind the growing concentrate sales. One projection stated that the sale of concentrates will likely match the sale of flower by 2022 at $8.5 billion USD.

While Quill is involved in the vape technology side of the cannabis industry, it is not involved in the cultivation and distribution in the US cannabis market. Instead, the company focuses on offering the proprietary vape hardware to licensed processors. The processors then finish the products to distribute them in retail locations. The new deal will help 48North to increase their distribution of the products in the US, but it won’t open the door to ship its outdoor cannabis into the country.

As Quill emerges in the California market, there is an opportunity for 48North to grow even more with the booming recreational market. Vape products have gained a lot of traction in California, accounting for 30% of retail sales. The sale of flower beats out concentrates by only 2% more. Every product from Quill comes with full testing data as well, allowing their customers to ensure a safe and legal experience.

Though Quill’s focus primarily appears to be on the ability to bring in their vape technology, the company is also excited to dive into the hemp craze that is growing in the U.S. Their hemp-based full-spectrum CBD is available in a vape pen, and 48North plans to distribute more of these products in the US as it is legally allowed.

Alison Gordon, the co-CEO, said that it is necessary for 48North to use the acquisition of Quill to get involved in its network. She added,

“I believe that authentic brands and next-generation products distributed at scale, particularly in the emerging US market, will be one of the major keys to success in the cannabis industry.”