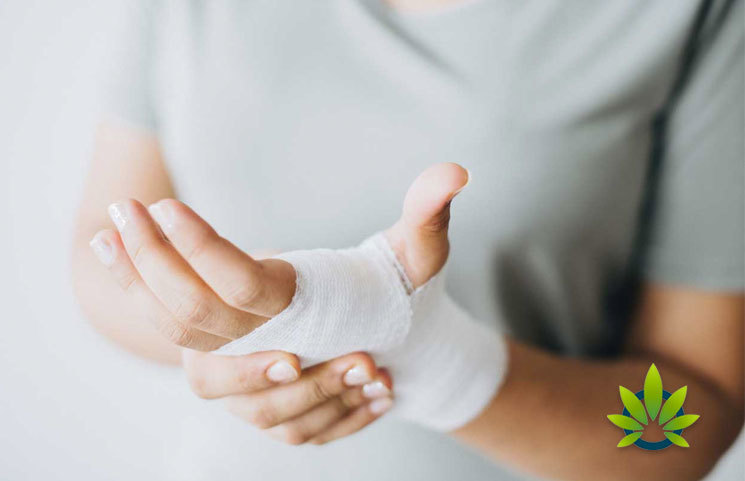 There are many diseases that can cause inflammation in the body, and that’s exactly what CBD can help with. Lupus, for example, is an inflammatory disease that causes the immune system to go after its own tissues, which adversely affects the organs. This inflammation can even cause the organs to start deteriorating, which recently led a Yale doctor to wonder if CBD could help.

Receiving a diagnosis of lupus can be difficult for anyone, as they learn to cope with both the pain and the threat of further damage happening in their body. A single flare-up can cause the patient to feel so much pain and fatigue that doing simple daily tasks proves to be overwhelming. The disease also makes the individual’s skin incredibly sensitive to UV rays, putting them at risk for sunburn.

In the United States alone, 240,000 people suffer from lupus, and there has yet to be a cause or cure found at this point. The primary focus for the treatment of lupus is palliative care, helping with the individual’s quality of life by controlling symptoms and reducing the frequency of flare ups, while reducing the potential for organ damage.

Fotios Koumpouras, MD, is rheumatologist and director of the Lupus Program with Yale Medicine, stated,

“The landscape for treatment of lupus is a bit bleak.” Koumpouras added, “A multitude of drugs have failed in the last 10 to 15 years. Most of the drugs we use are being repurposed from other conditions and are not unique to lupus. Many of them can’t be used during pregnancy, which is a problem because lupus mostly affects young women. All of these issues create the impetus to find new and more effective therapies.”

This search has led Koumpouras to explore the use of CBD for lupus. CBD, or cannabidiol, activates and binds to the various CB1 and CB2 receptors in the body. The CB1 receptors are primarily found in the nervous system, connective tissues, gonads, glands, and organs. The CB2 receptors are in the immune system instead, as well as in the endocrine glands, reproductive organs, spleen, liver, heart, kidneys, bones, and blood vessels. Altogether, this is called the endocannabinoid system.

The body already produces cannabinoids, but the best way to replenish the needs of this system is through the marijuana plant. The two most common cannabinoids in the marijuana plant are THC and CBD. THC has the power to bind with the CB1 and CB2 receptors, creating the psychoactive effect that creates euphoria, an increased heart rate, slower reaction times, and red eyes. When someone takes CBD, the only receptors that it binds with are CB2, stimulating the production of certain proteins that reduce inflammation. The CB2 reaction from CBD is what interested Koumpouras.

When it comes to lupus, reducing inflammation is a critical benefit, since this is the reaction in the body that creates the buildup of scare tissue in vital organs. With enough buildup, the organs deteriorate and malfunction, but no lupus drugs that are currently on the market have effectively been able to reduce it.

Last year, Koumpouras decided to join a randomized clinical trial that was working to recruit 100 people to test out a drug with synthetic CBD as a way to ease the pain and inflammation associated with lupus. While the study is still going on, it provides participants with the drug – Lenabasum – or a placebo for a course of three months, during which time they are monitored for pain and inflammation levels. Koumpouras expects the study to conclude towards the beginning of 2020.

There are already many CBD products that are entering the retail supermarkets and other store locations in the US, though some of the remedies are in violation of the FDA’s regulations that the products cannot include health claims. Even without approval from the FDA to be combined with other ingredients, there seems to be a lot of excitement around the fact that the marijuana contains these substances.

Marijuana has gone through a ton of changes through the years with the prohibition, the War on Drugs, and more. However, social acceptance shifted the public perspective, as California approved the substance for medical use. Since then, more and more states have been creating their own laws on the use of cannabis, despite the lack of change from the federal government. Presently, there are 33 states that have decriminalized marijuana in some way, while 11 of those states have approved recreational use.

While there are plenty of studies that state that the plant can help consumers with inflammation, pain, and even seizures, the research is still evolving to see how realistic these claims are. In 2017, a study was published by the National Academies of Sciences, Engineering and Medicine, showing the possible health benefits. Over 10,000 scientific abstracts were analyzed by a group of 16 experts. The experts stated that there was “conclusive or substantial evidence” that supported the idea that cannabis use could help with chronic pain. It also stated that cannabis was helpful in soothing stiffness and muscle spasms associated with multiple sclerosis and the nausea and vomiting caused by chemotherapy.

Researchers indicated that there was “moderate” evidence that linked CBD to improvements in sleep, including reduction in the sleep disturbances for individuals with obstructive sleep apnea, fibromyalgia, chronic pain, and multiple sclerosis. At this point, no randomized double-blind clinical trial has been hosted to support the effectiveness established in this study.

While recreational marijuana still has a substantial stigma for its psychoactive elements, there are many CBD entrepreneurs that are working to show the health benefits of marijuana without the effects that occur with recreational use. The goal of this effort is to gain more widespread acceptance of marijuana, but the validity of the claims that CBD and marijuana can actually provide the aforementioned claims is debatable.

As far as CBD goes, there’s only been a few small studies that indicate that CBD is actually effective. The FDA has only approved one medication with CBD so far, which treats two types of epilepsy. Perhaps the work of Koumpouras will offer more insight, which is exactly what has led him to this study in the first place. With this new data, the scientific community will hopefully have a clearer understanding of CBD for other treatment options. He noted, “The more data, the better.”