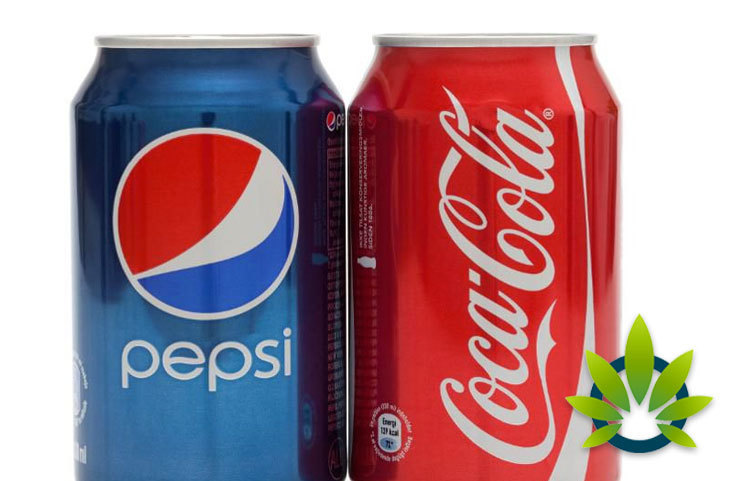 PepsiCo and Coca Cola are two of the largest beverage producers worldwide, and questions regarding whether one, the other, or both will be joining the CBD beverage market.

It seems that Cola-Cola Co.’s CEO James Quincey is against entering the market. In a response to questions from Vivien Azer, an analyst at Cowen & Co., he stated that,

“The company had no interest in entering the market, even though the company was also “closely watching” CBD’s growth as a potential ingredient in wellness beverages.”

On the other hand, Pepsi Co. may have different plans. The company’s CFO Hugh Johnston stated,

There are also those who have suggested that they’d be surprised if Pepsi Co. does not enter the CBD market.

In an article by Seeking Alpha, Patrick A. Terrion, the principal of Founders Capital Management, stated,

“There’s no question Pepsi will be experimenting with cannabis, just like everyone else. It’s going to happen.”

With the revolutionizing of the cannabis sector, it may be a good time for either company to enter the CBD beverage sector. In a recent article by Forbes, Jamie Fay, the President and COO of Gabriella Kitchen, a company that produces CBD and THC-infused beverages and foods, shared that the size of the CBD and THC infused products market is set to grow, estimating that it will be 10 to 20 times larger in size than concentrates and cannabis flowers.

Ultimately though, based on the foregoing, there is no indication that Coca Cola and Pepsi Co. will enter the CBD beverage market. However, one company in which this article has not addressed, but that may be the first among the three to make the move is Starbucks.

An analyst at Cowen, Andrew Charles, noted in a Forbes article that although Starbucks will not enter the CBD market in the “near term” given the lack of approval of CBD from the FDA, he continued to note that “we could envision Starbucks ultimately piloting the ingredient.”

So at this point, anything is possible, but the most likely company, should the FDA’s position on CBD change, is Starbucks.