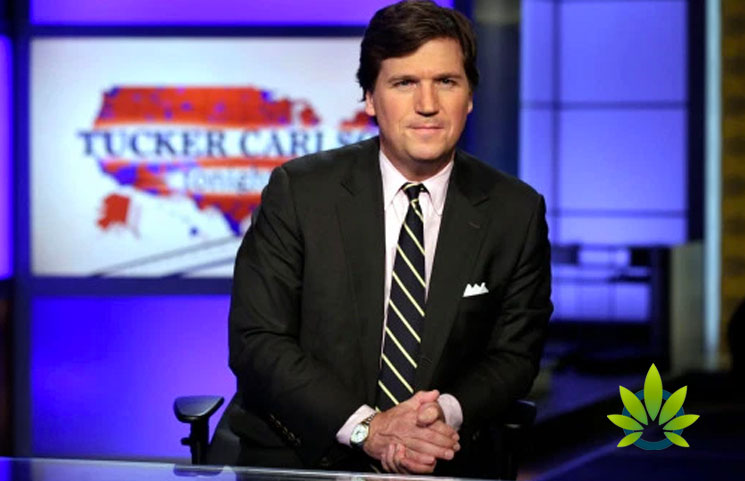 Fox News host Tucker Carlson, in a Fox News segment, shared his position on the marijuana banking bill passed by the House last month and that will be considered by the Senate. He stated that the passage was because lawmakers “want you to be dumb” and that they are avoiding public scrutiny.

He also shared during the segment that,

“On most issues they’re divided, but we should correct and say on one issue they’re in virtual total agreement. Last Wednesday, that was the same day the House was convulsed with the impeachment debate, 291 Democrats and 91 Republicans came together in a rare moment of bipartisan agreement to pass the so-called SAFE Banking Act.”

“Safe for whom? Weed dealers.” He continued, “Even though marijuana is still illegal federally, the bill would allow banks and credit unions to provide banking services to people who deal marijuana. So in the middle of the deadliest drug epidemic in our history, the only thing Congress can agree on is it ought to be easier to sell drugs to Americans.”

There are others who are dissatisfied with the SAFE Banking Act’s passage by the House, but for different reasons. The ACLU, Drug Policy Alliance, and Human Rights Watch wrote in a letter to leaders of the house last week,

“The banking bill does not address marijuana reform holistically,” they wrote, and primarily serves to “benefit the marijuana industry, not communities who have felt the brunt of prohibition.” The letter concludes, “We believe it is a mistake to move this issue forward while many of the other consequences of marijuana prohibition remain unresolved.”

Like the Marijuana Banking Act, the SAFE Banking Act will need to be considered and voted on by the Senate, and if passed, it will go to the President for signature. However the President can veto the bills as well.  Further, such legislation has no impact on federal marijuana prohibition. Marijuana remains illegal under federal law.