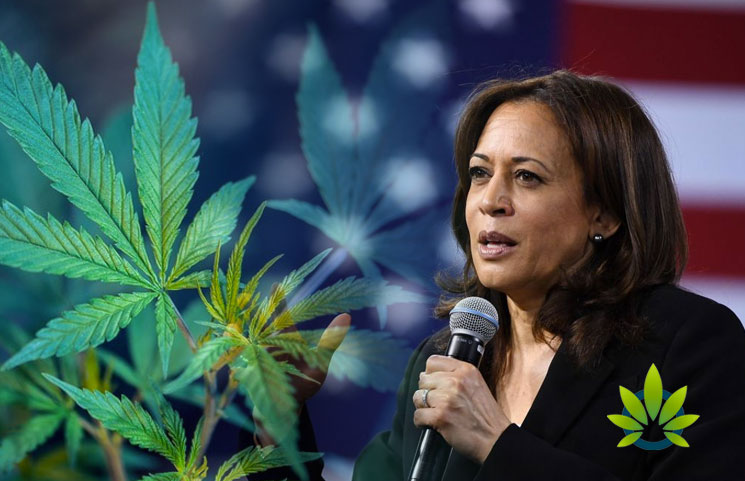 Kamala Harris presented an opinion piece on CNN, in which she shares her position on changing marijuana laws. In the United States, marijuana remains illegal under federal law and is classified as a Schedule I substance. The full opinion piece can be read here. For now, though, here are a few highlights.

Harris introduced her background, which is as a career prosecutor and former attorney general in California. During the position, she explains that she “saw firsthand how counterproductive marijuana laws exacerbated the problems of mass incarceration in my state and country.” And, that the “marijuana laws have not been enforced in the same way for all people.”

Harris then later delves into the need for federal legalization to,

“Ensure that the US Department of Justice Does not encroach to enforce laws that voters and elected officials in those states have decided are unjust and unfair. Additionally, we have to make sure that widespread reform is felt by the communities most harmed by the so-called war on drugs.”

She then delved into her efforts, along with House Judiciary Chairman Jerry Nadler, by working on the Marijuana Opportunity Reinvestment and Expungement Act. She shared, in part, that

“The bill acknowledges that legalization is only one part of the solution. In addition to legalizing marijuana at the federal level by removing it from the Controlled Substances Act, our bill goes further to add measures to correct the historical injustices of failed drug policies that have disproportionately impacted communities of color and low-income communities.”

As for her proposal, Harris indicated that,

“It would deliver economic justice to affected communities.” She also shared that he marijuana business is growing quickly, and that one of the things the bill would is authorize a 5% sales tax on marijuana and marijuana products to create new “grant programs specifically designed to support businesses owned by socially and economically disadvantaged individuals entering the legal marijuana industry.”

Tucker Carlson Comments On The ‘Stupidity’ Of Marijuana Banking Act

Cato Institute Survey: Over Half Of Americans In Favor Of Drug Decriminalization