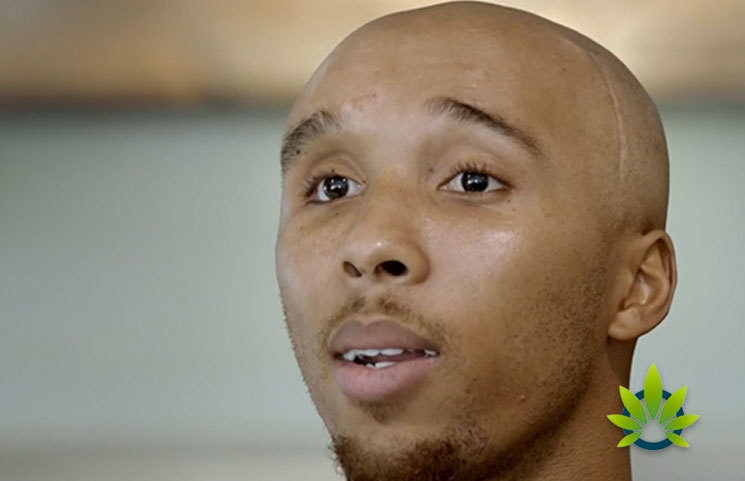 He is the CEO of +Energee. Stedman Bailey has a truly amazing story, and he’s lucky to even be alive. When he was a star in the NFL, he was shot twice in the head, giving him a long time that he needs to be in recovery. The injury came with a multitude of life-changing experiences, bringing something good out of this journey. A recent article in Forbes decided to dive into what Bailey is doing now, along with his new business pursuits.

Bailey wanted to establish a normal life for himself again, but the pain was overwhelming. He aimed to avoid using opioids, which is a decision that led him to MMJ4Athletes. This organization is dedicated to educating athletes on the benefits that cannabinoids and cannabis can provide, as well as the current uses and laws surrounding it.

Even with the difficulties faced, Bailey says that he had a “pretty good” football career. He stated in a conversation with Forbes, “I was able to play 3 years in the NFL. Not a lot of people can say that. Everything was going well, and I was about to reach my peak of greatness.” That’s when Bailey became the victim of the shooting that led him to use cannabis and hemp to heal.

Before the shooting, Bailey had used cannabis without knowing the healing properties it offers or even that it would become necessary in the future. He stated,

“Being in college you got a lot of time on your hands. I was also looking for ways to help me be at ease. I had a lot of things going on in college: a pretty high demand of trying to balance football and classes… At times, things would really weigh down on me.”

He started using cannabis as a means for sleeping better or to make his body feel better on days when he played football, and it helped. However, he reduced his cannabis consumption when it became clear that the use of the substance could his professional football career at risk. However, when he had to recover after the shooting, he educated himself on the effects that cannabis could, compared on what opioids would cause.

“As I was going through the process of healing (I was actually trying to make a run at getting back in the game) one medication I was prescribed was anti-seizure medication… But it didn’t work for me; if anything, it made everything that I was going through a bit worse as far as having mood swings, anxiety, depression, PTSD, and all those things I felt daily.”

The “natural, holistic treatments” involving cannabis appealed to him, especially when he was introduced to hemp-based CBD by two close friends. He didn’t have much information about the substance when he first began, but he was walked through the entire process and a rundown of the substance by Treyous Jarrells and Dyron Dye, who are the founders of Motives Made Just 4 Athletes.

Bailey found that the use of CBD was helpful in dealing with his headaches, while helping to improve his mental state and eliminate his PTSD struggle. Still, he recognizes that the public still isn’t quite ready to accept the substance. He said, “There is a negative stigma, as far as cannabis is concerned, that needs to change. Cannabis and CBD can help so many people. I’ve found that CBD is a far more fitting option than opioids that doctors and/or teams in the NFL are using. I’m sure there are a lot of athletes that feel that way, but they don’t know how to go about it.”

Now, with the experience that Bailey has had, he is going after a different venture, becoming the CEO of a company called +Energee. +Energee is a lifestyle brand that aims to create a healthy and positive mindset, breathing new life into negative situations. Since the company was developed, Bailey has been an inspiring force to many individuals.

From that work, Bailey’s company is now affiliated with MMJ4Athletes, which is a nonprofit organization that supports athletes that aim to be successful after their professional sports career. Jarrells stated, “Although Stedman’s NFL career is over now, you may catch him spreading positivity with +Energee, educating the masses about cannabinoids, and teaching athletes about the law.”