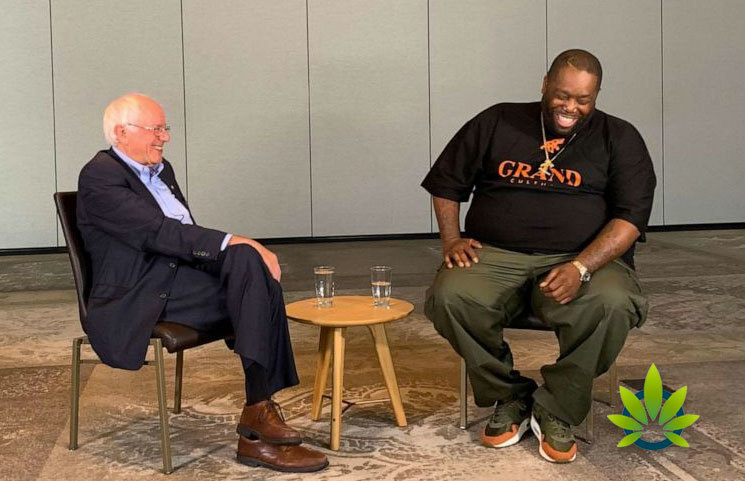 Senator Bernie Sanders participated in a panel with a number of famous individuals, including Ben Cohen, the founder of Ben and Jerry’s, actor Danny Glover, and rapper Killer Mike.

Rapper Killer Mike indicated that the “war on drugs, we know for from history, has been a tremendous failure” and it “was never a war on drugs, it was a war on progressive white kids and black people.” He added, “But we have a greater opportunity, and the greater opportunity is this: marijuana is going to be legal in our lifetime,” he said. “Beyond getting a little stoned in the morning, which I didn’t do this morning because I knew I had to come see you guys, marijuana provides through hemp paper, alternative to plastics, it provides jobs, resources, dispensaries.” He also indicated that “as for me and my stoner friends, we’ll be buying Ben & Jerry’s and voting for Bernard Sanders.”

After continuing and then closing the discussion, Sanders asked the audience to raise their hand if they knew someone arrested for marijuana.