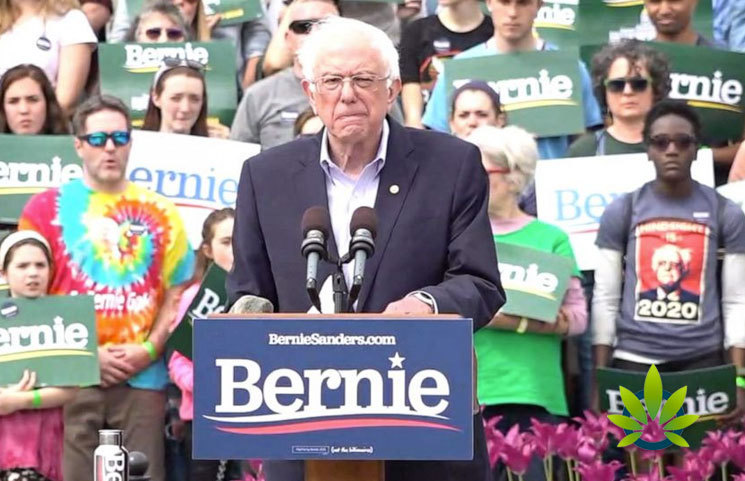 During a marijuana campaign rally in South Carolina, Senator Bernie Sanders asked the audience to share their stories about convictions for marijuana possession. He then argued that the stories are indicative that national legalization needs to happen.

Audience members answered his call to share their stories, and after they did so, Sanders stated:

“That’s why all over this country states are doing the right thing and either decriminalizing or legalizing the possession of marijuana.”

In a podcast interview with Joe Rogan, who hosts The Joe Rogan Experience, Sanders discussed a bit about his plan to legalize marijuana. Sanders stated:

“You can argue the pluses and minuses of marijuana, but marijuana ain’t heroin. So we have to end [marijuana prohibition] and that’s what I will do. As President of the United States, I believe we can do that through executive order, and I will do that.”