2020 Democratic Candidate Bernie Sanders: US Is Not Ready For Decriminalization Excluding Marijuana
Advertisement 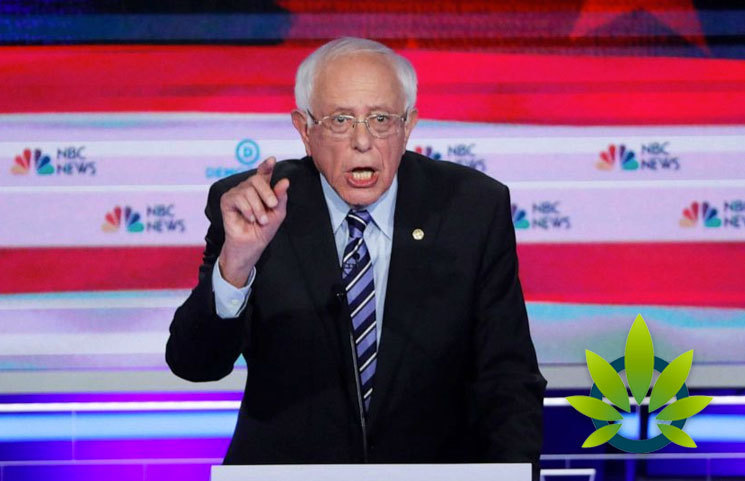 Multiple states have been taking matters into their own hands with the legalization of marijuana, including policies on decriminalization. Presidential candidates have also been developing proposals for drug reformation, determining the way that they plan to handle illicit drugs under their own administration. Senator Bernie Sanders recently stated during an interview that the US simply is “not there yet,” in terms of decriminalizing drugs beyond marijuana.

The interview with The Hill was published yesterday, wherein Sanders spoke on the reformation policies being introduced by other candidates and himself. Sanders expressed that the efforts to reduce the number of drug-related arrests and handle addiction as a public health issue (rather than a criminal justice issue) is “a movement in the right direction.”

However, Sanders wants to address the main problem, which is that many people are turning to drugs in the first place, which is why he doesn’t agree with a formal decriminalization policy. He believes that the issue falls back on the fact that there’s “a lot of pain in this country,” and he believes that people are seeking out methods of dealing with that pain.

Following in the footsteps of other Democratic candidates during this election, Sanders stated that he agrees with “those folks who are moving in the direction of decriminalizing at least marijuana right now.” As far as the decriminalization of other substances, like heroin, the senator stated that he is “not there yet.” While he admits that addiction absolutely needs to be treated, he didn’t see decriminalization of a broad spectrum of illicit substances to be the solution.

The conversation with The Hill’s Krystal Ball was much like the experience that Sanders had in a podcast interview, hosted by Joe Rogan, earlier this month. At that interview, he was also pressed about drug reformation, as Rogan questioned whether Sanders would decriminalize or legalize all drugs to break up the illicit market that distributes it, to which Sanders replied that he wouldn’t.

Other Democrats that are vying for a chance to represent the party at this election have a more open-minded and progressive approach to the drug crisis. Mayor Pete Buttigieg of Indiana believes that decriminalization of drug possession is the key, including it in a mental health plan that he released. Rep. Tulsi Gabbard didn’t put out a proposed policy, but notably didn’t rule out decriminalization during a town hall event in March.

Sanders was responsible for filing the first-ever marijuana descheduling bill for the US Senate in the last campaign he ran for president. In doing so, he was the first major presidential candidate to get behind cannabis legalization.