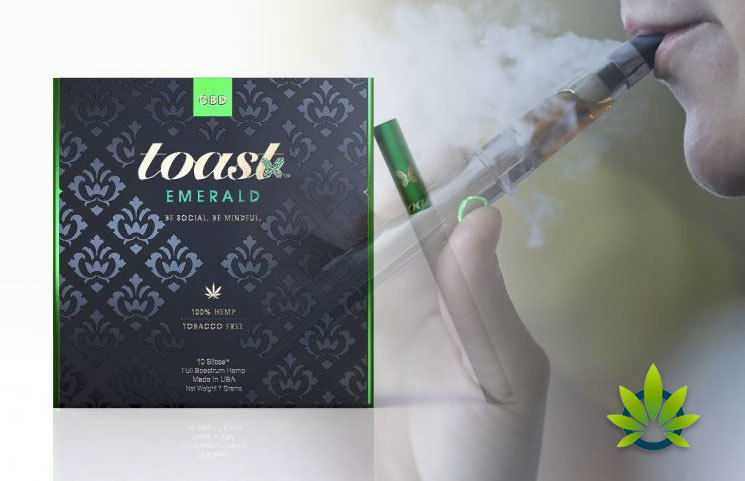 Vaping has been a big concern for the public with the many lung illnesses that have arisen lately. As the federal government and health officials voice concerns over vaping, a recent article by Fox Business shows that a better option may be the use of CBD cigarettes by Toast, a cannabis brand in Aspen.

This new line of pre-rolls offers the same style as a cigarette, but without any tobacco. Instead, they offer CBD for a nonintoxicating effect, unlike what happens with THC. This option is not exactly supported by doctors, since no method of smoking is, but there are some consumers that believe that this substance is much less addictive than nicotine. It also offers a better alternative to vaping with flavored e-cigarettes.

Dr. Jordan Tishler, a medical expert at Green Flower Media, as well as the president of the Association of Cannabis Specialists, commented that it won’t be addictive at all, since there is no known substance in hemp that creates a dependency. Dr. Tishler added, “If you asked me would I rather have my teen smoke hemp, smoke tobacco, or vape a Juul, I’d rather have her do none of the above, but the hemp cigarette seems like the least dangerous of the three because it has no nicotine.”

These pre-rolls offer 100 milligrams of CBD with hemp, which is then rolled in organic hemp paper, using a wood pulp filter. A two-pack of these CBD pre-rolls is available for $18, and contains no additives, according to the company. While this may be a less addictive alternative to tobacco, Tishler clarifies that CBD is not presently a method of treating nicotine addiction. Still, that hasn’t stopped smokers from using hemp as a means for weaning off cigarettes.

In a survey of 5,000 CBD users, 24% of respondents used it for the purpose of quitting smoking, smoking hemp or vaping to replace their cigarette habit. The survey data was collected by Brightfield Group, and there have been 41% of the quitting smokers that have been able to use hemp CBD as a complete replacement for tobacco.

Scott Gottlieb, the former commissioner of the Food and Drug Administration, recently stated that tobacco uses costs the direct healthcare sector $300 billion annually and has since lost productivity. From tobacco use alone, 480,000 Americans die each year, based on data from the FDA. As the vaping epidemic continues, more and more retailers are refusing to sell electronic cigarettes, like Kroger, Walgreens, and Walmart.

The co-founder and CEO of Toast, Punit Seth, stated,

“With the recent vaping news, we are encouraged that regulators are taking actions to better understand the impacts of vaping and that many legal vape companies are cooperating with shared goals of consumer safety.”

University College London researchers held a study in 2013, involving 24 smokers. The smokers were either provided with a CBD inhaler or an inhaler with a placebo for a week, instructed to use the device whenever they felt the need to smoke. The number of cigarettes remained unchanged by the placebo, while users of the CBD inhaler reduced their number of cigarettes by 40%.

Health experts still urge the public to understand that the pre-rolled hemp cigarettes are not a wellness product at all. Dr. June Chin, a contributor with CannabisMD, explained,

“When you’re burning dried plant material, you’re going to have byproducts of combustion. There are toxic carcinogen effects in the hemp cigarette like tobacco. It’s still a cigarette.”