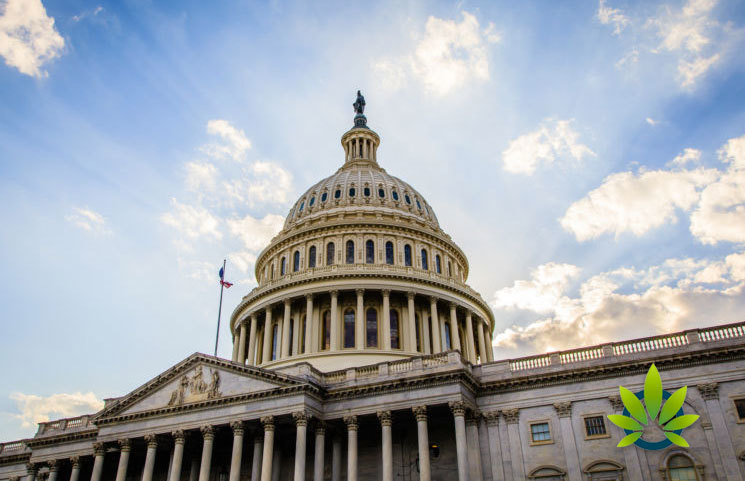 Much of the difficulty in the legalization of marijuana and even CBD has been due to a lack of accurate information. Rep. James Comer (R-KY) didn’t want any kind of confusion during his discussion at a hearing on Tuesday, so he brought along a few props. The props were two CBD products, which have been used by the congressman in the past.

During the House Oversight Committee meeting, which was meant to discuss the recent surge in injuries related to vaping, Comer stated that his interest was in “talking about CBD.” He expressed that he sees “a lot of misinformation and confusion about exactly what CBD is and what THC is.” Showing his own products, he commented, “CBD is cannabidiol and it is something that a lot of people take, a lot of people in Congress take CBD, millions of Americans take CBD, I take CBD.”

He continued, comparing the connection of hemp to marijuana to that of broccoli and cauliflower. The two substances may be found in the same family with “some similarities,” but they are far from the same product. He noted, “If you look at CBD, the majority of CBD that most Americans are taking and they’re having really positive effects from CBD is coming from hemp, not marijuana.”

As far as his personal use of CBD preparations, Comer commented that he had visited manufacturing companies and he sees them developing “a good, legitimate product.” However, he says that these companies are hoping for industrywide regulations, especially considering that the Food and Drug Administration has yet to put out CBD oil regulations. In fact, he added, “The legitimate, credible companies want regulations.”

The congressman discussed the recent bipartisan letter that he joined with over 20 other lawmakers to create, which requests that the FDA establish clear rules to make the CBD industry lawfully marketed. Comparing the CBD industry to the “Wild West,” he said that there needs to be regulations, considering how good of a product that CBD is.

Comer believes that CBD stands to offer many positive benefits, but regulation is crucial to make sure more consumers can benefit. He said:

Glenn Grothman, the Republican representative for Wisconsin, asked the deputy director of the Centers for Disease Control and Prevention about the origins of the vaping-related injuries, asking if state-legal shops were part of the problem. Grothman quipped:

“I don’t know who to blame for that – including my neighbor to the south of Illinois.”

The official responded that she was unsure of the origins of the illnesses, leading the congressmen to request further investigation into the matter. Grothman stated:

“I’m concerned because, right to the south of Wisconsin, Illinois has decided to go all-in on making marijuana legal.” He added that Illinois could cause “big trouble” if they simply pursued marijuana legalization otherwise.

The lack of federal regulations on vaping products, as Rep. Gerry Connolly sees is, is much like the way that the government has approached marijuana since the prohibition. He stated that the studies that are federally sponsored are “limited,” and that there has been a significant loss of control as a result.