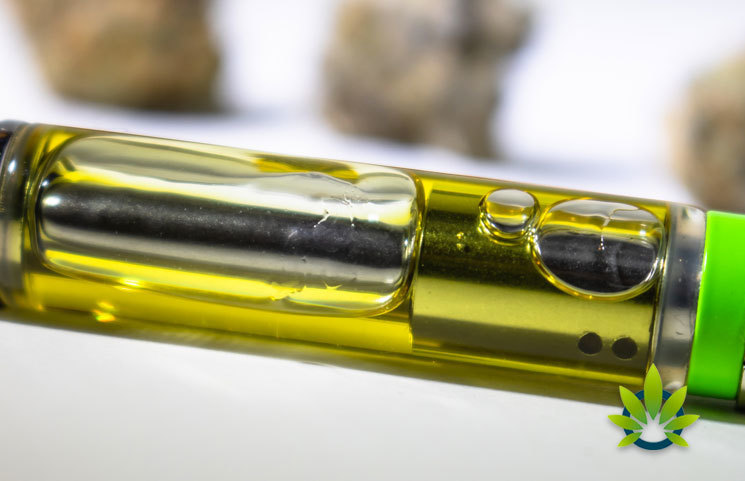 Shawn Parton had to be hospitalized for seizures after the use of this unknown CBD product. Consumers can purchase empty cartridges to fill on their own, allowing them to scam others with the claim that the oil inside is the company’s.

With the recent warnings from the federal government over the vaping-related illnesses, many consumers are either cutting vaping completely out of their daily regimen or choosing other options to satisfy their cravings. However, vaping devices are often the most portable and simplest way to receive the benefits that CBD offers, especially in calming anxiety and eliminating depression. For the most part, the CDC states that the lung illnesses have stemmed from black market THC, but research is ongoing.

For one man, an anxiety attack left him in need of his usual vaping device while at work, but he had let his cartridge at home. Hoping that another option would suffice, he asked a coworker to help him out and buy him one that he could use more quickly. When the coworker returned, nothing seemed unusual with the cartridge, so he used the device.

Hours later, while with his three-year old daughter at a restaurant, he called 911 while on the bathroom floor. While he doesn’t remember making the phone call, his daughter may remember the moment for quite a while, as she can be heard screaming and crying in the background of the call’s recording.

As a result of the collapse and whatever substance was inside the cartridge, Shawn Parton was hospitalized for seizures. He also will be unable to drive a vehicle for the next six months. Based on his experience, he and his wife believe that the device or the liquid could be defective.

A nearby shop owner for CBD commented on the story, admitting that there are definitely synthetic versions of CBD out there. However, he was unable to say exactly what was in the cartridge that Parton was using.