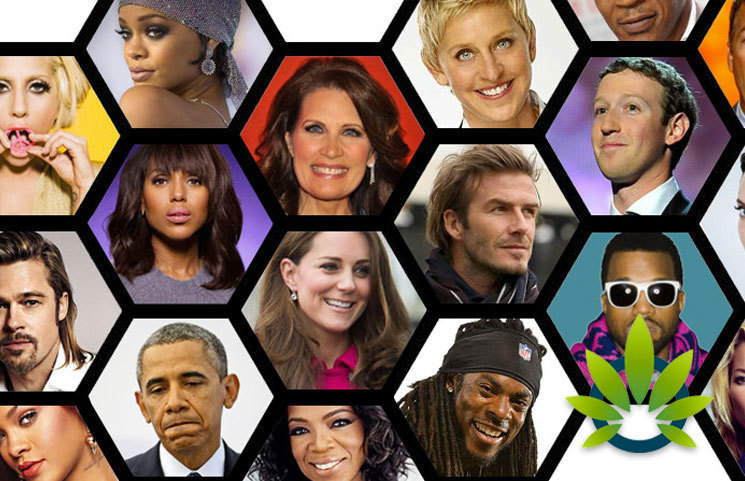 As the word about CBD’s effectiveness in 2013 made its way all throughout social media, the overall exposure attained was incredible. In order to make it last, sometimes hearing experiences from our heroes and favorite people can make all the difference.

While celebrities are known for endorsing products, they are rarely seen as founders or partners. At least that’s what we think, but according to 96.3 KKLZ, there are eight celebrities who have founded their own marijuana and CBD brands.

For instance, we have retired NFL player, Rob Gronkowski who partnered with Abacus Health in launching CBDMedic. According to Gronkowski, CBD made a huge difference in dealing with pain management after over a decade. He wishes to see more CBD present within the sports industry.

Willie Nelson’s Willie Reserve cannot go unheard of, as he specializes in not only offering different strains of marijuana, but also cannabis-infused chocolates and edibles, and vapes. Then we have American actress, comedian and author, Whoopi Goldberg, who’s Whoopi & Maya serves within the medical cannabis industry with menstrual relief products.

Who could forget, iconic Reggae musician, Bob Marley who smoked marijuana due to the Rastafarian religion, where smoking its like is considered holy. His family got together to launch “Marley Natural,” which offers heirloom Jamaican cannabis strains.

The next celebrity who got mentioned is American singer/songwriter, Melissa Etheridge, who supposedly retorted to medical marijuana in the 2000s to battle cancer. Her experiences with the plant appear to have led her to start Greenway Wine with Greenway Compassionate Relief – conjoining both marijuana and wine.

A more recent joiner of the cannabis train is Ivan Moody, who announced in June 2019 that he will be introducing his company, “Moody’s Medicinals”. As per the claims made, his focus seems to rest more so on CBD throat sprays and water.

For those looking for pre-rolled joints and THC breath strips offered by a celebrity, comedian, Tommy Chong’s brand is found all across Arizona, California, Colorado, Montana, Oregon and Washington as per 963 KKLZ.