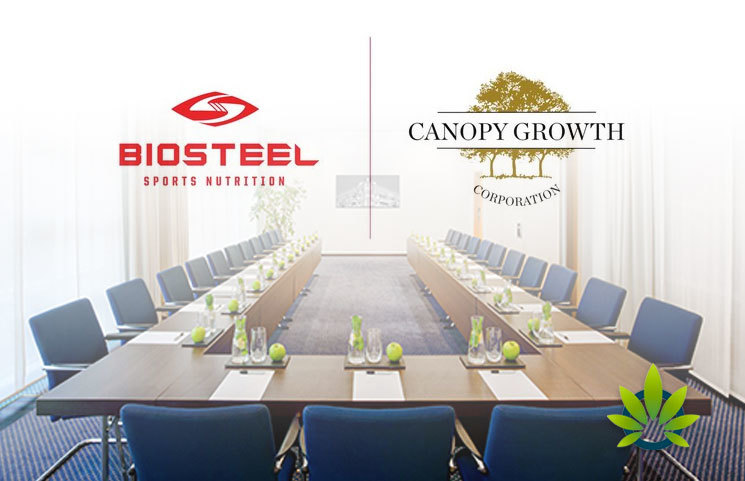 The investment in BioSteel Sports Nutrition will support the company’s efforts to launch CBD remedies. Multiple major sports leagues have strict policies against the use of CBD, going as far as to fine or suspend players for using any form of cannabis.

The cannabis industry has expanded exponentially through the last few years, and Canopy Growth has been a big part of the market. With multiple acquisitions and partnerships under their belt, Canopy Growth has done one more deal with a sports drink company that is owned by a former NHL player named Mike Cammalleri – BioSteel Sports Nutrition.

On Wednesday, the company announced the purchase, giving them a majority stake of BioSteel Sports Nutrition, which is presently creating a line of CBD products. Cammalleri is a former NHL player, and was involved with 17 seasons in the game between the Calgary Flames, Montreal Canadiens, Los Angeles Kings, New Jersey Devils and Edmonton Oilers. He officially left the NHL in 2018.

At the end of his career in the game, teammates of Cammalleri encouraged him to use cannabis as a remedy for the pain. While he doesn’t have regrets from the game itself, he states that he does regret that he “didn’t find cannabis earlier” in his career, adding that it has been “so effective, “ while speaking in an interview with The Canadian Press.

The journey to find the product that works for him has allowed Cammalleri to test out multiple options. He stated that he has “tried different forms” and each one helps him differently. Specifically, he names oils, creams, and the roll-on formulates to be effective solutions for him.

While his company is looking to launch their own CBD products, including beverages, he hasn’t established a date for the release. However, Cammalleri assures the public that they will “be ready as soon as the regulations allow.” He added that the “moving parts” in this situation prevent him from saying an exact date of launch, due to the differences in the laws between the United States and Canada.

Considering the level of activity involved in hockey, Cammalleri believes that there is “widespread” use of cannabis amongst the NHL players that are still presently active. He explains that his decision to start the company is meant to create a brand that could be trusted by athletes, including himself. He added:

“We’ve been working on the CBD conversation for two years now. The relationship with Canopy started over a year ago, so this has been a thorough process with full due diligence on both ends.”

The BioSteel Sports Nutrition brand comes with a lot of support. The athletes already involved as endorsers include Connor McDavid (Edmonton Oilers), Tyler Seguin, Brooke Henderson, Eugenie Bouchard, Ezekial Elliott (Dallas Cowboys), and Vladimir Guerrero Jr. (Toronto Blue Jays). The company has also established partnerships with the Professional Hockey Players’ Association, Canada Basketball, USA Hockey, and Athletics Canada. Jeff Friesen, a Stanley Cup winner who used to be in the NHL as well, was even speaking in favor of cannabis before the Canadian government decided to legalize the substance in October 2008.

Other leagues have different ideas of managing CBD and cannabis use, predominantly by banning it. In the NFL and the NBA, any player can be suspended for getting caught with the substance. The MLB instead imposes fines for anyone that has marijuana-related infractions multiple times. While Cammalleri is hoping for more acceptance, he did not and will not say that the NHL needs to stop their marijuana and drug testing.