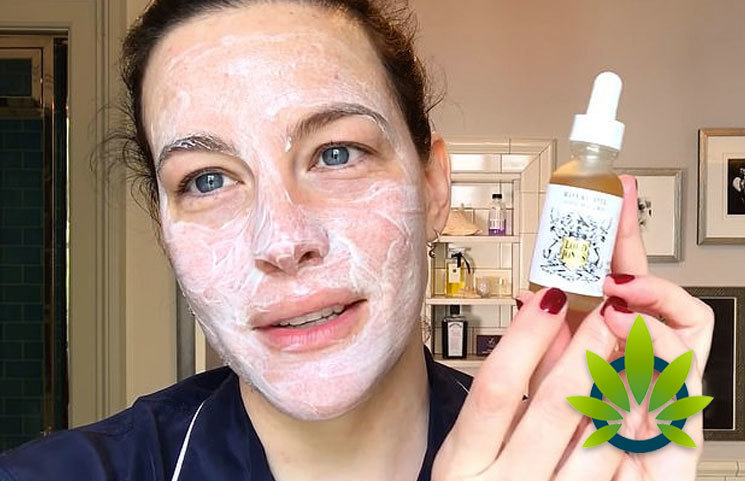 American actress and former model, Liv Rundgren Tyler recently revealed that she uses CBD on the daily to help ease the symptoms associated with anxiety reports Cannabis Radar. This was shared during a skincare regimen video that she was making for Vogue.

She appears to have covered the basics in terms of her uses. For instance, the actress mentioned that she starts the day by ingesting Lord Jones’ CBD oil tincture (under the tongue).

Her anxiety levels initially spiked due to the demands of her job. She shared that not only does “stepping out of the comfort zone,” makes her nervous, but so does the requirement of her job, which she deems can be scary. Here’s a statement that has been referenced by the news outlet:

“I know everyone is talking about CBD oil and I have one here that’s from this company called Lord Jones, it’s really good.”

As mentioned the aforementioned, she went live on camera, showing a way it can be used. It is clear that Tyler wanted to ensure that consumers were free of their doubts in relation to CBD’s non-psychoactive properties. This has been achieved from further expanding on the cannabis plant, which she shared is where CBD comes from, but that it doesn’t mean that it too causes one to experience a high.

She also emphasized on the non-high aspect by sharing her personal experiences with it, which is definitely more convincing than having to repeat what almost everyone already does.

The extent to which Tyler’s curiosity has sparked when it comes to CBD uses has also been revealed. This is evident in a passage where Tyler’s knowledge of CBD products was quoted by Yahoo Lifestyle:

“When I go visit him [her father], I usually spend half the time in the bathroom with him, just going over products. He’s got his whole bathroom filled. But if you look at him, he’s turned 70 and he has the most beautiful skin and it’s because he takes really good care of it.”