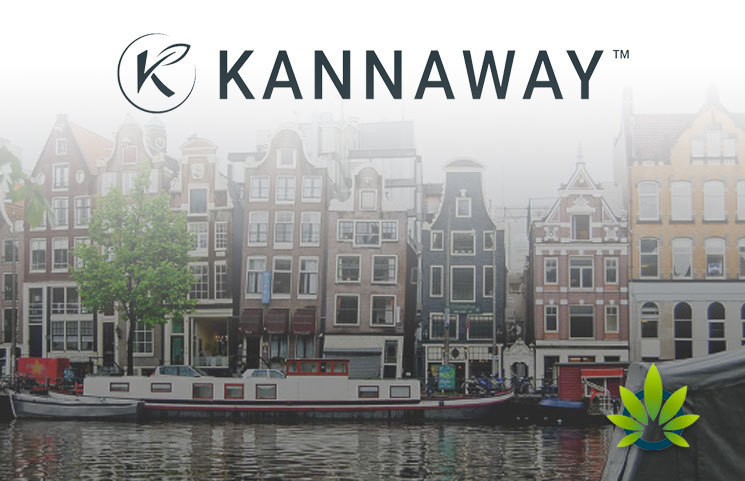 The Medical Marijuana Inc. company marked a pivotal moment in the history of the United States, becoming the first cannabis company to be publicly traded. It also launched the first nutraceutical products, brands, and supply chain that stemmed directly from cannabis. Now, the company is making big movements once more, as its subsidiary Kannaway announces that it is holding a Super Academy event on September 27th through 29th, which will be hosted in Amsterdam, according to reports by PR Newswire.

At the Super Academy event, the European Brand Ambassadors with Kannaway will have a chance to network with the company’s Europe-based leaders, as well as the global executive team and other business owners. The company aims to use this event as a launchpad for a wave of new products, which will predominantly center around the Green, Blue, and Gold CBD-enriched hemp oils.

The current CBD market in Europe was worth about $318 million last year, though the Brightfield Group has predicted that “impending regulatory changes” will be responsible for driving it up to $416 million this year. The organization also believes that, by 2025, the market will rise by 400%, bringing it to $1.7 billion. Kannaway’s European operations have been rather successful since beginning in 2017, reaching nearly $60 million in sales bookings. However, as the press release notes, this number continues to grow every year.

“Europe’s hemp CBD market is rapidly developing every day and we're very excited to be a leader in the movement to encourage this growth. We are excited to launch new world-class products at this event and develop our dedicated team of Brand Ambassadors.”

Ultimately, this effort will do much more than inspire the networking of Brand Ambassadors. It will also offer itself as an educational platform for attendees, which means that these individuals can learn about the benefits that CBD can have, as told by an expert in the cannabis industry – Dr. Stuart Titus – who is also the CEO of Medical Marijuana Inc. He has previously spoken in front of regulators in both Latin America and the United States and has a thorough understanding of the regulations that govern CBD worldwide.

Company executives in attendance from Kannaway will include Schroeder, Vice President Alex Grapanov, and Managing director Janne Heimonen. These executives will speak about the opportunities of Kannaway, as well as the ways to access the tools needed to achieve the high hopes that these participants have in the network. The event will also include European Brand Ambassador Juraj Mojžiš and European Industrial Hemp Association (EIHA) Managing Director Lorenza Romanese, who will be available to discuss their own success.

Grapanov noted that the company aims to expand the CBD benefits outside of America and hopes to reach “as many countries as possible.” He added,

“These events serve as an outlet for us to educate the masses about these benefits and help people from all walks of life get motivated in the cannabis industry.”