Illinois Medical Cannabis Program Will Be Permanent, Despite Expiring Next Year
Advertisement 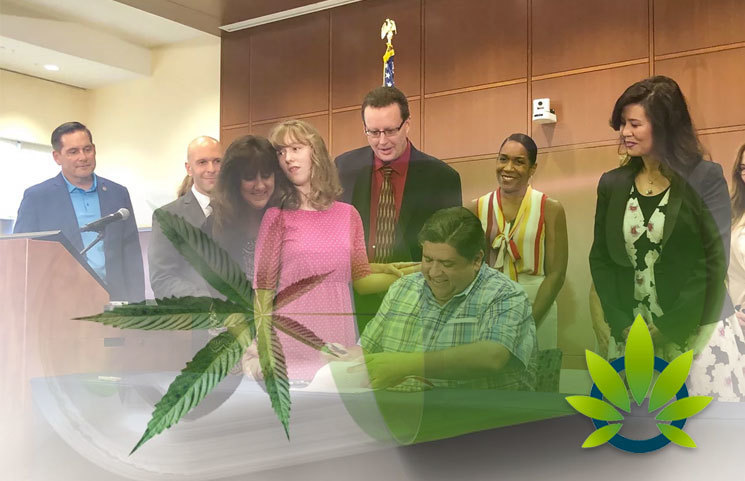 Illinois was one of the latest states to implement a medical cannabis program, which was originally due to expire this year. However, Governor J.B. Pritzker (D) has reportedly signed new legislation that makes the program permanent. Reports also show that the program will include additional ailments on the qualifying conditions list, according to the Chicago Sun-Times.

In these changes to the law, nurse practitioners and physician’s assistants will be able to offer patients their certification to be included in the program. In an effort to adapt the laws to be used in nearly any medical setting, a new bill was added and signed by the governor this week, which makes it possible for medical cannabis to be used on school grounds, and it can be administered by the school nurses at those schools.

Pritzker, while at the ceremony for the signing of the bill, stated,

“As we continue to reform state government so that it better serves its families, we must do so in a way that advances dignity, empathy, opportunity, and grace.”

Originally, the law on medical cannabis – originally made into law by the then-governor, Pat Quinn, in 2013 – was going to expire in 2020. Governor Bruce Rauner, who originally rejected the expansions proposed for the program, ultimately approved the additions of terminal illnesses and PTSD to the list of qualifying conditions.

Rauner was also responsible for developing the Opioid Alternative Pilot Program, which makes it possible for opioid patients to engage in the medical cannabis program. It also eliminated former restrictions that forced potential patients to have their background checked and their fingerprints taken. At the moment, based on data taken by the Department of Public Health, there are over 2,000 patients that have gotten involved with the program.

Illinois only became a part of the adult use cannabis market in June this year, making it the 11th state in the US to join. However, this event was the first time that a legislation measure was approved by the state legislature with a structure that involved taxation and regulation. Ultimately, the state plans to charge 20% to 30% in taxes on recreational cannabis sales. Medical cannabis, however, will only see a 1% tax on the purchase, and these patients have the option of growing their own plants.

At the end of last month, there were over 80,000 patients using medical cannabis in Illinois.