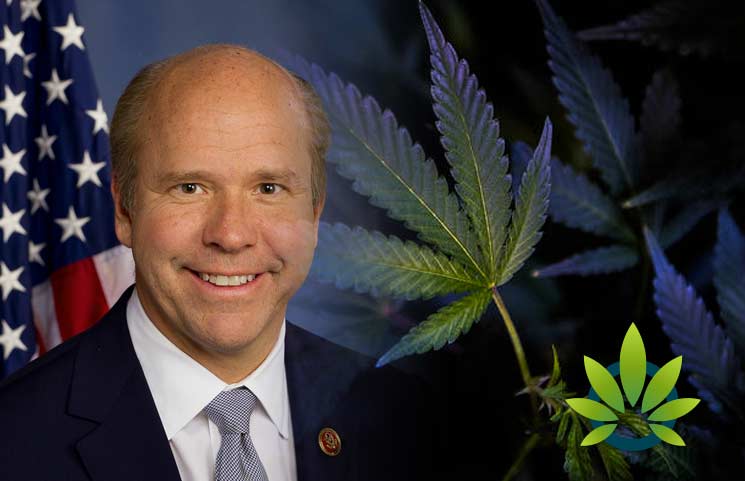 With the 2020 elections just a year away, cannabis users, policymakers, dispensaries, growers and manufacturers are concerned about where the various candidates stand on the cannabis or marijuana.

One of these candidates is Former U.S. Rep. John Delaney (D-MD), who intends to run for the White House. While he’s not as popular as a few other intending candidates, his opinion still counts.

Along with other candidates, he shares their support for the reform of federal marijuana laws. While he hasn’t vocally supported the legalization of marijuana across the country, he has shown that he’s willing to support it through multiple favorable votes in favor of marijuana law reforms and amendments on the floor of the House.

While he was in Congress, the former House of Rep member proved his commitment to the “cannabis cause” in the country by co-sponsoring seven marijuana-related bills –he didn’t introduce any directly.

One of these bills was for the removal of cannabidiol (CBD) from the Controlled Substances Act. A second bill was for the protection of individuals and entities taking part in any form of cannabis activity, from federal laws and interference, in states where cannabis is legalized.

A third bill was one focused on the protection of patients who needed to use medical marijuana to ease their symptoms in cannabis legalized states. A fourth bill was for the protection of banks backing marijuana businesses or activities from federal prosecution or fines.

He backed bills restricting the federal government from penalizing banks that worked with state-approved and compliant marijuana businesses.

The congressman also voted in support of clamping down on federal marijuana enforcement. He was actively involved in the amendments of bills that would provide protection and safety to states where cannabis was legally approved for medical conditions.

He also backed bills and laws aimed at protecting marijuana states with legal backing from the Justice Department.

He supported an amendment allowing doctors with the U.S. Department of Veterans Affairs, prescribe medical marijuana for veterans who needed it in the years 2014-2016, as well as voted in support of several amendments aimed at lifting federal restrictions on industrial cannabis.

Even though Delaney had a reputation for backing pro-marijuana bills and amendments, he doesn’t really say much about the plant in public. Posts about cannabis are nonexistent on his social media handles, unlike many other Democrat candidates who frequently post about the plant, bills, amendments and issues.

The few times he's speaking directly about marijuana in public include his Washington Post statement against a withdrawn federal marijuana policy guideline by the then Attorney General, Jeff Sessions.

The post stated, “The Cole Memo provided clear guidance to an otherwise conflicting situation,” […] “Revoking the Cole Memo will restore that confusion and undermines the will of the voters in several states.”

Before that, in 2013, his office was stated to have issued a statement to the daily the Daily Kos quotes about his position on marijuana. It stated that

“while federal, state, and local laws pertaining to marijuana do lead to criminal justice costs, there is also a risk that decriminalization or legalization might further exacerbate these costs.”

In 2018, during an interview about his book on C-SPAN, former interim Democratic National Committee chair Donna Brazile, said that his book didn’t contain any details on issues like marijuana legislation or criminal justice reform.

In response, Delaney stated that he supported a reform of the criminal justice system, but left out any mention of marijuana legalization.

Delaney has shown consistent support of marijuana legislation, particularly that shielding the states from federal interference or fines. Therefore, it’s safe to assume that the legal marijuana industries will continue to thrive in a Delaney presidency.

Whether this will change remains to be seen, if he becomes president. Till then, John Delaney seems like a Democrat candidate who will help improve the marijuana landscape.