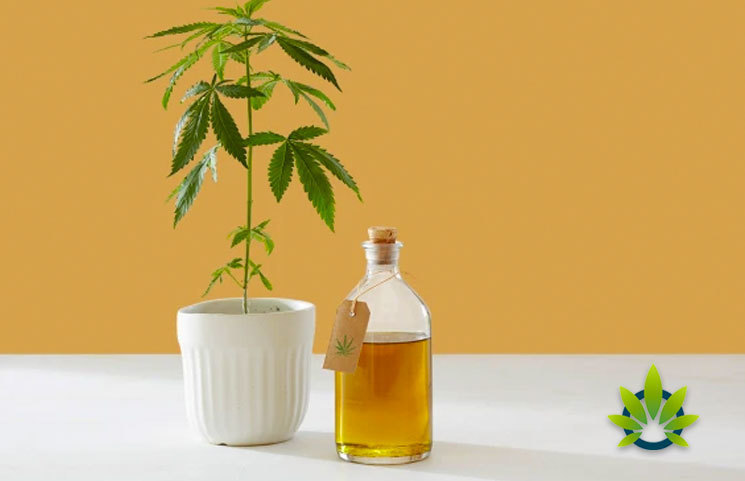 One of the biggest terms used to describe cannabidiol is that it is not “psychoactive,” which positions it directly against THC. However, as a recent article from CBD Tests points out, that may not be the case entirely. In fact, the term “psychoactive” may be a perfect description for CBD, even if not in the ways that THC can impact the brain.

CBD clearly doesn’t create the same “high” that THC does, which can be verified by just trying each one anyway. However, what do full-spectrum CBD products bring to the table? And what does hemp flower bring, considering the minimal levels of THC? There have already been numerous discussions popping up online about the potential for hemp flower to create a “high,” and whether vendors should be advising the public of this possibility.

The definition of a psychoactive substance is simply any product that has the power to affect the mind, which CBD clearly can do, based on its anxiety relieving properties. While CBD doesn’t bind significantly with CB1 and CB2 receptors, it activates multiple ion channels and receptors that are not linked to cannabinoids, like 5-HT1A. 5-HT1A is a serotonin receptor, which is why the substance is used to reduce anxiety. There are other pathways that can alter the mind that CBD activates, which is how some companies can use it for addiction treatments. Still, having psychoactive effects is not nearly the same as the “high” feeling consumers experience with THC.

THC creates the “high” feeling that feels incredibly cerebral, which feels like euphoria. Anyone that has recreationally used cannabis has most likely experienced the short-term memory, blood-shot eyes, and the “munchies” associated with this use, which is an enjoyable experience for many people. However, consumers with a low tolerance level can often experience paranoia and anxiety. With CBD, overt mind-altering effects are not present, and it could easily be used as a strong anti-psychotic. In fact, when it comes to testing the concentrations of CBD and THC in a product, the presence of CBD dulls down the effect of THC in exactly this manner.

By consuming CBD as an isolate on its own, most consumers any see a gentle relief from anxiety and related stressors. However, full-spectrum products may be an entirely different experience, as these substances contain a full range of terpenes, cannabinoids, and other compounds that exist in the hemp flower, giving the user the “entourage effect.” This effect basically means that all of the compounds work together to create a greater effect than if the user consumed just one of the compounds.

Hemp flower is very minimally processed, so it offers all of these compounds, which can include THC in small amounts. As a result, there are consumers that feel a small buss or high sensation when they use the hemp flower instead of an extract. This sensation can range from a relaxing buzz throughout the body to a clear head-high.

On Reddit, there are many consumers that have reported unexpectedly feeling “high” as a result of using the hemp flower. There’s a post in which the author states that they were feeling the same way that they would with smoking a cannabis joint, comparing the experience to that of smoking THC. Another post asked if anyone else in the community was experiencing a high feeling, saying that they did not feel as though they were necessarily “high,” but that they were experiencing an “altered” effect on their mind.

Even with these reports, the amount of THC allowed in hemp is very low. The 2018 Farm Bill stated that the only legal hemp allowed to be sold must have less than 0.3% THC concentration, but the testing of these buds is still unclear. Presently, all of the legal hemp on the market falls below this level, which is confirmed in testing “post-decarboxylation.” Decarboxylation is a process that can ultimately made THCa, the precursor of the THC consumers know, directly into THC. By testing after this process takes place, many hemp products pass the legal limits.

Unfortunately, despite the regulations, there are many vendors that test their product before decarboxylation, rather than after. If the particular company forgoes the legal policies, consumers end up absorbing more THC than what would be legally allowed, and some strains have even reached 10 mg THC per gram. Not only is this level illegal for hemp, but it can cause consumers to test positive for cannabis on drug tests without their knowledge, despite purchasing hemp flower legally.

There are many studies that suggest that just 2 mg to 3 mg of THC is enough to start feeling psychotropic effects on the body, which means that it is likely that up to 1% THC in the hemp flower is enough to have a mild high. Depending on the consumer, this could be a hidden benefit or a scary reaction. Regardless, the testing process is clearly in need of some clarity to have more accurate results for consumers and companies alike.

While CBD is clearly psychoactive to some degree, all of this information points to “non-intoxicating” being a much better descriptor to separate the effects of CBD from that of THC. However, when it comes to the hemp flower, illegal THC limits are probably the culprit behind the high feeling, which means that THCa content should be added to the testing procedures, if vendors and customers want to abide by the laws presently imposed on the hemp industry. Failure to do so could even result in the loss of this legal status, which has been a battle spanning across many years.