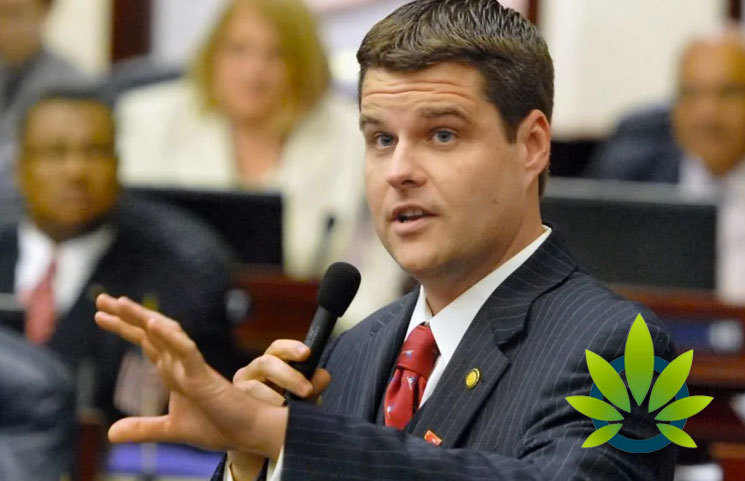 United States Representative Matt Gaetz was in Pensacola, Florida early this week and discussed several topics with the media at a radio town hall meeting. Several issues were covered, including marijuana research.

He shared during the town hall meeting that he will be meeting with Attorney General Bill Barr to discuss unlocking more research grants for the substance. He stated,

“I will be meeting with Attorney General Bill Barr in the coming weeks to discuss the Department of Justice’s approach to unlocking more research grants. So that we can have American innovation applied to our health care in a way that can get people off of some of these devastating opioids and painkillers, and on to a more natural product.”

He also noted the difficulties that have been caused by marijuana’s “Schedule I” designation upon financial transactions and research, stating

“The federal government listing marijuana as a Schedule I drug impairs financial transactions; it impairs research and it stops us from being able to unlock cures for some of America’s most vulnerable people/ I’ve got legislation to take marijuana off of the Schedule I list; it is supported broadly by Republicans and Democrats.”

Representative Gaetz has introduced efforts to expand marijuana research. He is sponsoring the Medical Cannabis Research Act of 2019, which will increase the licenses available to universities and institutions. The licenses permit the study of marijuana and the extent to which it can be used to treat conditions, including cancer, PTSD, and epilepsy.

Gaetz stated, “For too long, Congress has faced a dilemma with cannabis-related legislation: we cannot reform cannabis law without researching its safety, its efficacy, and its medical uses — but we cannot perform this critical research without first reforming cannabis law. The Medical Cannabis Research Act helps break that logjam, allowing researchers to study medical cannabis without fear of legal jeopardy.”