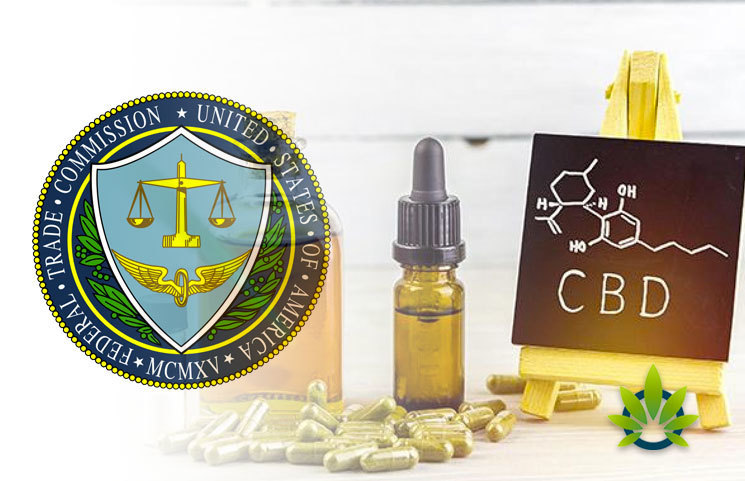 The FTC issued warning letters to multiple CBD companies and manufacturers in March 2019 and September 2019.

Four companies who were notified of these warnings were recently made public, though their subsequent actions were not stated.

Though the regulations for the CBD industry continue to wait on the Food and Drug Administration, the US Federal Trade Commission is showing the public the truth about the companies violating the few rules that this industry has. In reports from Hemp Industry Daily and the National Law Review, the FTC is now announcing four CBD manufacturers who were warned about their deceptive advertising. Presently, CBD products cannot claim any health benefits, as they have not been verified and validated by health authorities.

At the time that the warnings went out, these companies were not named. Now, a public records request has changed things, stating that the following companies:

The warnings to these companies advised them to eliminate the health claims they placed on their products, websites, and marketing materials. The warning also applied to their customer testimonials. While the companies were made public, the response they took was not. Much like the FDA, the FTC has the power to impose fines on any company that chooses to violate their rules by claiming health benefits that have yet to be proven. However, the authority doesn’t typically enforce anything beyond the letter that these companies received.

Along with the warnings that were just made public, a notice for one manufacturer was also publicized, stating that the CBD brand featured a nutrition fact panel on the product that implied that a tincture was considered a food, rather than a dietary supplement. The FDA presently has a rule against such phrasing, which “prohibits the introduction into interstate commerce of any food to which CBD has been added.”

The 2018 Farm Bill was passed last December, legalizing the cultivation and sale of hemp and its derivatives in different products. However, the regulations on the use of hemp-based CBD has yet to be clarified. Still, the Federal Trade Commission Act, Section 5, failing to “possess and rely upon a reasonable basis for objective claims constitutes an unfair and deceptive act or practice,” as stated in National Law Review.

The warnings from the FTC, at this point, are a gentle reminder of the law. The authority issued a round of warning in both March and September this year, including brains that sell oils, edibles, and other products. Each company has claimed that their products have the power to cure serious diseases and health conditions, even going as far as to state that their claims were backed by scientific evidence.

It is fairly likely that these warnings will start coming to an end relatively soon, considering the lack of action and the continued rise of companies following their path. Instead, civil investigative demands could soon arise, followed by injunctions and restitution. CBD companies would be wise to make changes before then.