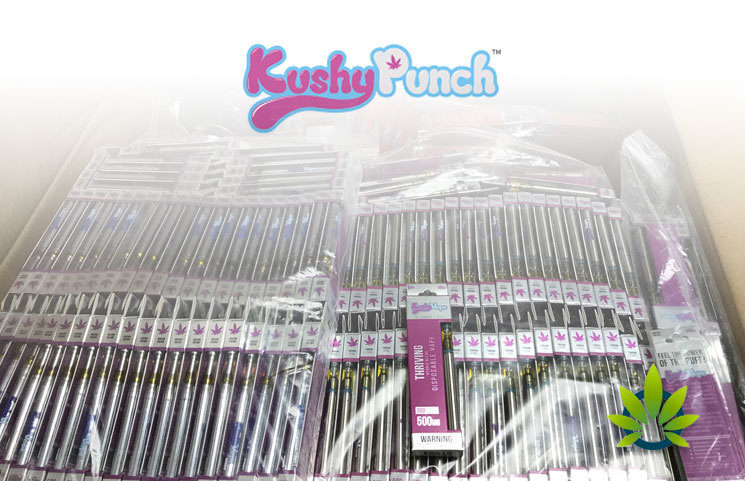 Reportedly, California CBD product maker Kushy Punch is in a bit of trouble and it started with a tip that led the California Department of Consumer Affairs to execute a search warrant this week. The search warrant was executed on an industrial facility near the Canoga Park District in Los Angeles.

Upon raiding the facility, investigators found illegal cannabis products being manufactured, and reportedly by Kushy Punch. The products included gummies and disposable vaporizers. The company itself is licensed by the state. Leafly reports that Alex Traverso of the Bureau of Cannabis Control indicates that the cartridges that were confiscated may be worth millions.

Several photos of the facility and what appears to be petro-solvent extractions, were obtained by Leafly and can be found here. Without a permit, it is illegal to conduct such extractions. Further, Leafly also reports that one source, which is close to Kushy Punch, alleges that the company has one licensed and one black market facility. The source also posts that the company may not pass the state’s strict pesticide standards when it comes to the cannabis at the illicit extraction lab.

California’s Bureau of Cannabis control is conducting an investigation, which is reportedly ongoing. The Bureau is testing the CBD oil and determining whether there is a connection between the facility that has been raided and the Kushy brand. Traverso shared with Leafly, “Everything about this tip has checked out 100%. Based on the tip, there is a legal side of things and an illegal side of things. We’re still investigating both sides of the equation.”